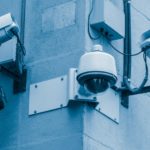 The National Security Inspectorate (NSI) has announced its support for the inaugural Surveillance Camera Day which is taking place on Thursday 20 June (#cameraday19) and urges all those with an interest in surveillance cameras to join this nationwide conversation about all aspects of security camera technology.

Organised by the Surveillance Camera Commissioner Tony Porter QPM LLB in conjunction with the Centre for Research into Information, Surveillance and Privacy (CRISP), Surveillance Camera Day is an all-new national event designed to raise awareness and inspire debate about the use of surveillance cameras in modern day society. Whether you’re an end user of security cameras, install them, operate them, manufacture them or are captured by them, this new initiative welcomes every perspective on the matter.

The NSI’s enjoys a long-standing and close working relationship with the Surveillance Camera Commissioner, having been appointed back in 2015 to provide a third party certification service. That service enables those operating public space surveillance cameras to verify and provide evidence of their compliance with the Surveillance Camera Code of Practice. The Code of Practice aims to balance the need for cameras in public places with individuals’ rights to privacy, with the overall aim being to keep communities safe and secure.

A key part of the Surveillance Camera Day is the ‘Doors Open’ initiative encouraging video surveillance camera Control Room managers to open their doors to members of the public and publish information about how and why they use surveillance cameras. The initiative is designed to give people access to Control Rooms such that they can see and learn first-hand how they’re run to keep communities safe and secure while not intruding on privacy.

Benefits of the Code of Practice 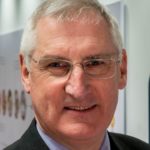 Richard Jenkins, CEO at the NSI, explained: “The NSI is proud to be an approved certification body appointed by the Surveillance Camera Commissioner. We wholeheartedly welcome this new initiative emphasising the benefits of the Surveillance Camera Code of Practice certification and the wider message it represents about the value of independent auditing. This Code of Practice complements the NSI’s own Code of Practice for the Design, Installation and Commissioning of CCTV Surveillance Systems, namely NCP 104, which our NSI NACOSS Gold and Systems Silver approved companies apply to all their CCTV systems.”

Jenkins added: “I urge all those with an interest in surveillance cameras to become involved in Surveillance Camera Day and join the debate in what is another bold step by the Commissioner to increase understanding of good governance for public space surveillance. Such initiatives synergise with our own commitment to raising standards within the security sector in partnership with our stakeholders.”

On Surveillance Camera Day, Tony Porter will deliver a keynote address at IFSEC International on ‘Secure by Default’, the new minimum requirements for manufacturers of video surveillance systems designed to ensure the default configuration settings of a product are the most secure settings possible. Porter will then join a panel debate on the same topic.

The new requirements will ensure that, video surveillance systems are manufactured, they’re built to a minimum cyber security standard and are therefore ‘secure by default’.