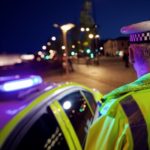 At the quarterly meeting of Chief Constables Council, held on Wednesday 12 and Thursday 13 July, police chiefs discussed in some detail the role of armed police and Taser in protecting the public and officers during a terror attack.

Deputy Chief Constable Simon Chesterman, the National Police Chiefs’ Council (NPCC) Lead for Armed Policing, commented: “Chief constables discussed the significant shift in the terror threat to the UK and how we will work with the Government to meet it. As part of that discussion, police chiefs considered the role of armed officers. There was a clear commitment to our model of policing with the principle of minimal use of force and a routinely unarmed service at its core. At the same time, we need to be assured that we have the right level of armed policing in place to end an attack quickly and protect as many people as possible.”

Chesterman continued: “In light of the changing threat, we’ve agreed to review the armed response across the country looking at the risk to the public and our officers who are first on the scene. We will carefully consider whether there’s a need to further increase the number of highly specialist officers working in armed response vehicles, whether some currently unarmed officers in key locations should be armed and whether there should be more Tasers for front line officers. Part of this review will look at engagement such that the views of the public, those working in policing and the Government are heard and considered.”

The College of Policing has also proposed that it would consider changes in order to enable chief constables to provide their probationary officers with Taser training if they had a defined need to do so.

Chief Constable Alex Marshall, CEO at the College of Policing, said: “We have a long-standing tradition of having an unarmed police service and it enjoys widespread public support and respect across the world. Policing in 2017 is becoming ever-more challenging and complex and chief officers must balance the traditions we have with the need to protect the public and police officers. We consulted with forces and more than half told us that they don’t anticipate ever having a requirement to train probationers to carry firearms. For the few forces who told us they do anticipate such a requirement, the College has agreed to look at the best way for this to happen and examine any potential for ‘Specials’ to be trained in this area.”

Marshall went on to state: “An example of the requirements that may have to be met by probationers includes providing evidence of effective conflict management and decision-making which is endorsed by their manager. Training in this area is among the best and most comprehensive in the world, and we’ll continue to maintain these high standards so that the public and our officers are protected.”

Final approval for probationers or ‘Specials’ to carry Taser will require the consent of Home Secretary Amber Rudd.