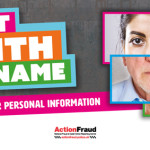 Millions of people in the UK are failing to take basic steps like redirecting post or updating firewalls in order to protect their identities from criminals, a new survey has shown. Indeed, the survey results have been published just as the City of London Police and partner organisations launch the ‘Not With My Name’ campaign which has been orchestrated to target the growing threat of identity crime across the UK.

According to the National Fraud Authority’s (NFA) Annual Fraud Indicator, one-in-four UK adults – that’s 12.275 million people, to be precise – is believed to have fallen victim to identity crime, losing an average of £1,200 each. Total losses to the UK adult population are estimated at around the £3.3 billion mark.

The ‘Not With My Name’ campaign will urge people to protect their personal information by creating safe passwords, protecting Internet devices, rejecting unsolicited phone calls and e-mails and safely storing and disposing of mail.

Worryingly, the NFA’s survey highlights the fact that many people are not taking these steps.

*Online security: one-in-three (34%) adults do not regularly update their firewall or anti-virus software

*Safe disposal of documents: one-in-three (31%) people do not shred letters before throwing them away

*Two thirds of individuals (71%) do not regularly redirect their post for at least six months when they move house, in turn leaving them vulnerable to bank statements or other mail being intercepted by fraudsters

There are also age differences. For example, 95% of those aged 65 and over report cutting up old credit and debit cards compared to just 66% of 18-24 year-olds.

Growing threat in the UK

Identity crime is growing in the UK. That being so, protecting personal information becomes essential to combating the threat.

In the first quarter of 2015 alone there was a reported 27% increase in identity fraud. The average age of a victim of ID fraud is 46, with men being 1.7 times more likely than women to have their identity stolen.

Victims often find that money has been removed from their bank account or that their account has been taken over, a fraudulent passport or driving license has been created in their name or that loans, mortgages and mobile phone contracts have been established using their identity.

Identity crime is a distressing experience for victims and takes an average 200 hours of a person or businesses’ time to resolve. The rise in this form of criminality is also concerning because the proceeds are often used to fund further types of criminal activity.

The ‘Not With My Name’ campaign will share tips to raise awareness and help people protect their identities across the country. The new initiative is supported by no less than 35 local police services as well as organisations including Get Safe Online, Cifas, FFA UK, Age UK and Experian.

Potential cost to the economy

City of London Police Commander Steve Head, who also serves as the Police National Coordinator for Economic Crime, stated: “Identity crime is a serious issue, with some reports suggesting that as many as one-in-four adults may have been a victim at some time or another. The potential cost to our economy runs into billions of pounds. People across the UK are having their personal information stolen online or even over the phone and, often, unknowingly. These identities are then used by criminals to commit further criminality, to evade detection from law enforcement and help launder the proceeds of crime.” 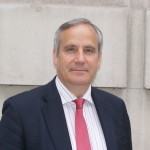 Head continued: “Tackling identity crime requires all of us to share advice and Best Practice on how to most effectively protect our personal information. Following the top tips provided by the ‘Not With My Name’ campaign will help individuals better understand some of the simple steps they can take in their day-to-day lives that will help keep their identities safe and combat the criminals.”

Simon Dukes, CEO at Cifas, added: “Every day across the UK, people are leaving themselves vulnerable to fraud by failing to take simple steps to protect their identities. The good news is that there’s so much more we could all do to make a fraudster’s job more difficult. We know that people lead increasingly demanding and busy lives, with many reporting ‘password fatigue’ or struggling to find the time to update their software on both a secure and regular basis. We need to change the way in which we think about our identities and prioritise their protection. ‘Not With My Name’ aims to help us make that situation a reality and prevent more people from falling victim to fraud.”

Making life difficult for the criminals

Tony Neate, CEO at Get Safe Online, said: “Luckily, what we share about ourselves online – and particularly on social media platforms – is in our own control. Keeping things private will make it more difficult for criminals to steal our identity. Something as simple as changing our privacy settings on social media will only take a moment but could protect us from a devastating crime. We also need to be wary of phishing e-mails or texts that convince us to share personal data, as well as ‘shoulder surfing’ where people look over your shoulder to ascertain log in details.” 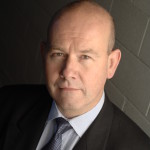 Neate concluded: “With more of us now accessing online banking on our smart phones when we’re out and about, the simple practices of covering our screens and putting a PIN number on our devices shouldn’t be underestimated. This campaign should be a ‘Call to Action’ for people to keep their personal information safe online.”

Katy Worobec, the director of Financial Fraud Action UK, told Risk UK: “Criminals are after your personal details in order to steal your identity and commit fraud so it’s important to be alert. If you receive a call, text or e-mail out of the blue, don’t reveal any information unless you’re absolutely sure who you are dealing with. Remember that your bank or the police will never call you to ask for your four-digit PIN or your online banking password, or for you to transfer money to a new account for fraud reasons. Anyone asking you to do so is a fraudster.”

*Individuals and businesses that have fallen victim to a fraud facilitated by an identity crime should report this occurrence to Action Fraud on (telephone) 0300 123 2040 or at: www.actionfraud.police.uk