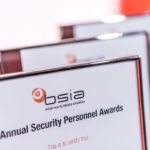 Member companies of the British Security Industry Association (BSIA) are being encouraged to submit their nominations for 2017’s Security Personnel Awards, with the deadline for entries now just over two months away.

Each year, the BSIA recognises the commendable and limitless contributions made by security personnel each and every day through its highly prestigious Security Personnel Awards. These awards acknowledge achievements across five categories: Service to the Customer, Outstanding Act, Best Newcomer, Best Use of Technology and Best Team. In turn, this enables a wide variety of exceptional performances to be recognised.

The Security Personnel Awards are adjudicated and then presented as a result of both regional and national rounds of judging, with the national presentations taking place at the BSIA’s Annual Luncheon to be held in July.

Camberford Law plc, the specialist insurance broker to the security sector, has sponsored the Security Personnel Awards since their inception eighteen years ago. David Ottewill, managing director of the company, commented: “It’s important to recognise and reward the hard work and effort put in by the dedicated professionals within the security business sector. As such, we were very proud to once again sponsor the Security Personnel Awards in 2016.”

The 2016 Security Personnel Awards witnessed 34 high-calibre regional winners and 17 outstanding national winners scoop awards for their superb contributions towards community safety and maintaining the security business sector’s favourable reputation among its client base and members of the public alike. Many of these inspirational achievements included life-saving actions, exceptional customer service and impressive teamwork.

Vital role in safeguarding the nation 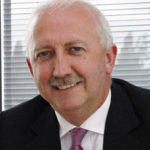 James Kelly, CEO of the BSIA, informed Risk UK: “Our industry harbours an incredible amount of talented individuals, many of whom go above and beyond what’s expected of them each and every day. These professional men and women play a vital role in safeguarding our nation, and the BSIA takes immense pride in helping to recognise their achievements. For our member companies, the Security Personnel Awards present a fantastic opportunity to showcase their workforces who consistently deliver the best possible standards of service. Security personnel are the public face of our industry and key to the continued growth of consumer trust invested within it. As such, it’s hugely important that we reward the exceptional levels of professionalism displayed by security personnel.”

Kelly added: “Traditionally, the Security Personnel Awards have been dominated by the larger companies operating in the security business sector. However, our awards are now regularly presented to the employees of smaller and medium-sized companies. Indeed, these businesses often pick up some of the most coveted awards. On that basis, I would strongly encourage member companies of all sizes to participate in nominating their employees for the 2017 awards.”

The deadline for nominations for the 2017 Security Personnel Awards is Wednesday 30 November, with the judging of the regional awards taking place throughout December. Those successful in the regional rounds will then progress to the national round of judging which takes place in March next year.

The national award winners will be announced at the BSIA’s flagship event – the Association’s Annual Luncheon – where they will be presented with their trophies in front of some of the industry’s most influential individuals.

The winners and their employers receive positive publicity in local and regional media, as well as comprehensive coverage in the security trade media.