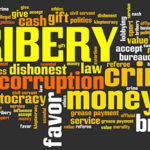 The scale of bribery and corruption has shown no improvement globally since 2012, despite the unprecedented level of enforcement activity enacted and the introduction of new corporate criminal liability laws in that time. This is according to the 15th EY Global Fraud Survey, which surveyed 2,550 executives across 55 countries, including 50 executives from the UK.

This year’s Global Fraud Survey* found that, despite over $11 billion of financial penalties having been imposed by regulators and law enforcement agencies around the world since 2012, 38% of global executives still believe that bribery and corrupt practices remain prevalent in business.

In the UK, 34% of respondents stated that they believe bribery and corruption happens widely in business. That’s an increase of 20 percentage points from the 2012 survey. This level is also higher than the average of 21% in Western Europe, with Germany, Switzerland and the Netherlands all recording significantly lower figures.

Respondents in the UK also reported higher instances of criminal wrongdoing, with 18% stating their company had experienced a significant fraud in the last two years. That’s above the average for developed markets at 10%.

Richard Indge, head of fraud investigation and dispute services for EY in the UK and Ireland, stated: “Increasing regulation worldwide appears to be having little demonstrable impact on corruption. The prevalence of corruption, both globally and in the UK, means that businesses remain vulnerable to significant financial and reputational harm. Management teams must identify and address the root causes of unethical conduct that impact their organisation, while compliance programmes need to keep pace with the impact on business operations from rapid technological advancements and the increasingly complex risk environment. More robust risk management should be considered a strategic means of improving business performance.”

The difference in levels of corruption between countries remains significant, with 20% of respondents in developed markets indicating bribery and corruption happens widely in business, compared with over half of those (52%) in emerging markets.

Regions where corruption risks were higher than the global average included Central and Eastern Europe (47%), the Middle East (62%) and Latin America (74%), despite improved anti-corruption legislation and more active enforcement in some countries.

Overall, the findings show that there’s often a lag between the introduction of stronger anti-bribery laws and reduced corruption, with Brazil, the Netherlands and the UK showing this trend. Brazil, for example, has seen the introduction of legislation and increased enforcement over the last four years. However, 96% of Brazilian respondents indicate that corrupt practices occur widely in business – an increase from 80% in 2014 when the new laws were introduced.

In the US, where enforcement of the Foreign Corrupt Practices Act intensified in the mid-2000s, perceived levels of corruption fell this year to 18%. This is an improvement from 22% in 2014.

Mismatch remains between intention and performance

Integrity sits high on Board agendas, the survey finds, with 97% of global respondents recognising the importance of their organisation being seen to operate with integrity. Although improved customer perception, staff retention and business performance were all seen as the benefits of demonstrating integrity, there remains a mismatch between intentions and actual behaviour. 13% of respondents say they would justify making cash payments to win or retain business. Interestingly, this rises to 20% among the under 35 age group.

Among all respondents in the UK, only 4% of respondents would justify cash payments to assist a business in an economic downturn, sitting just below the average of 6% in developed markets.

In the UK, however, these figure are almost turned on their head, with 48% of respondents believing that responsibility lies with the individual, while only 26% believed it was management’s responsibility.

It also appears that there may be disillusionment with the ability of companies to ‘walk the walk’ when it comes to managing misconduct. 78% of respondents globally believe their organisations have the clear intent of penalising misconduct, but only 57% are aware of people having actually been penalised.

Ensuring that ethical conduct is managed effectively is not only an issue that needs to be dealt with internally, but also with third parties and those acting on behalf of the organisation. Yet third party due diligence also seems to be a low priority, with only 59% of all respondents indicating they have a tailored risk-based approach to due diligence on third parties.

Andrew Gordon, EY’s global fraud investigation and dispute services leader, concluded: “The lack of improvement in global levels of corruption over the last six years shows that unethical behaviour in business remains a daunting challenge despite intensified global enforcement. The pressing challenge for management and Boards, therefore, is to build a robust culture of integrity and compliance in which employees do the right thing because it’s the right thing to do and not just because a company Code of Conduct says they should.”

*Between October 2017 and January 2018, EY’s researchers — the global market research agency Ipsos MORI —conducted 2,550 interviews in the local language with senior decision-makers in a sample of the largest companies in 55 countries and territories. The polling sample was designed to elicit the views of executives with responsibility for tackling fraud, mainly CFOs, CCOs, general counsel and heads of internal audit