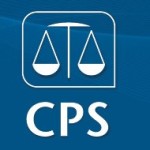 Nick Folland, a business leader and solicitor, has been appointed as the new CEO of the Crown Prosecution Service (CPS). Folland will join the organisation next month and report directly to Alison Saunders, the Director of Public Prosecutions. Folland takes over from Peter Lewis, who’s now retiring after nine years as CEO.

Folland joins the CPS having established a long career in the private sector. A qualified solicitor, he was an Executive Board member, General Counsel, company secretary and corporate affairs director with Kingfisher plc between 2007 and 2013, and also led the legal and company secretariat teams.

Folland joined The Co-operative Group back in 2013 as Chief of Staff to the CEO. He was part of the team brought in to rescue the bank and reform the Co-op, and was later promoted to the role of chief external affairs officer.

Folland was appointed following a fair and open competition in accordance with the recruitment principles of the Civil Service Commission. His appointment has been duly confirmed by the Prime Minister David Cameron.