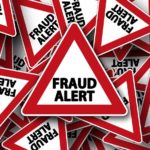 An NHS manager, his partner and three contractors, all of whom helped to defraud his employer of hundreds of thousands of pounds, have been sentenced at Croydon Crown Court following a thorough fraud investigation led by NHS Protect. The thefts from Epsom and St Helier University Hospitals NHS Trust were “too extensive and complex” to ever be precisely added up, but the total sum involved is estimated at around £300,000. The exact figure will be determined at a future confiscation hearing.

Jones was the only one to plead guilty – in his case to Fraud by Abuse of Position – in May.

Their crimes all related to Hodge’s awarding of work to the three contractors and resulting payments.

Hodge was responsible for maintaining the dialysis equipment at three sites: St Helier Hospital (in Carshalton), Manorgate Satellite Dialysis Unit (in Kingston Upon Thames) and Mayday Satellite Dialysis Unit (at Croydon University Hospital, Thornton Heath). He also visited patients’ homes to decide what modifications would be needed for them to receive home dialysis, and to procure the works required.

Attention focused on Hodge in October 2013 after the Trust suspended him for an unrelated disciplinary matter (for which he was later dismissed in January 2014). The manager of the Renal Department soon noticed that, when Hodge was away, far fewer invoices were being presented for her to authorise in his work area. Expenditure from the renal technician’s non-pay budget dropped to less than half.

Further investigation established that he had been exploiting his position by engaging people he knew as contractors, ostensibly to carry out necessary work for the Trust. However, invoices were raised in their name for work which was either not done at all, done far more frequently than was necessary and/or was greatly overpriced.

In January 2014, as the scale of the problem emerged, the Local Counter Fraud Specialist referred the investigation to NHS Protect, whose investigators uncovered 266 invoices for work that had either not been done, wasn’t necessary or came at excessive cost, including:

Invoices submitted by these companies contained only a minimal description of the work done, perhaps in order to make it more difficult for the Trust to audit the work.

Scrutiny of the detail

They were thwarted by the thoroughness of NHS Protect’s investigators, who scrutinised text and chat messages between Hodge, Allen, Thompson and Jones. These indicated they were colluding to inflate the invoices their companies – Mains Contractors, S J Thompson Plumbing and TWS (Southern) Limited – submitted to the Trust in order to share out the invoiced amounts between themselves.

Some of the conversations between Hodge, Allen and Thompson suggested that Hodge was generating invoices on behalf of Mains Contractors and S J Thompson despite supposedly engaging these companies as contractors.

Allen made regular payments to Hodge by cheque, bank transfer and cash totalling over £94,000 following payments from the Trust into the company bank account, and made payments by cheque to Hodge’s partner, Lisa Green, totalling over £9,000. The primary business of Mains Contractors was building and renovating three residential properties owned by Hodge and Allen at Greenhill in Sutton, just a few hundred metres from St Helier Hospital. These were later sold at a substantial profit, which was shared between the two.

On a regular basis, Thompson would receive a text or chat message from Hodge advising him that the payments had been made from the Trust into his account. Hodge would then ask Thompson to withdraw a large quantity of cash and arrange to meet in order to collect his share.

TWS (Southern) Ltd made regular payments by cheque and bank transfer totalling over £11,000 to the respective accounts of Green and Hodge following notification from Hodge that invoices were being paid by the Trust. Payments received by his partner, Green, were transferred into Hodge’s account.

The fraudsters lived in some style at the expense of the NHS. Hodge indulged in frequent holidays and maintained a large static caravan in Hastings. He and Pierre Allen of Mains Contractors spent over £15,000 on Chelsea Football Club tickets, while Allen’s 50th birthday party at the 200-acre Gatton Manor Golf club in Surrey cost over £6,000.

Hodge had gained the full trust of his employer, and of the hospital’s renal charity, which at one point was persuaded to buy two second hand dialysis chairs from him for £2,995.

Sue Frith, managing director of NHS Protect, said: “Painstaking and diligent work by NHS Protect’s fraud investigators has once again put a stop to precious NHS money being diverted into private pockets. It’s very sad when trusted staff with valuable technical skills, sorely needed by the NHS and its patients, turn towards crime.”

Frith added: “The public rightly demands that NHS workers are people of integrity as well as technical ability. NHS Protect welcomes any tip-offs where fraud is suspected and, wherever appropriate, it will be investigated and prosecuted. We support the strongest sanctions to deter others from defrauding the NHS.”