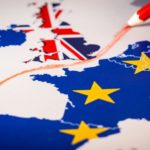 The International Crime Co-ordination Centre (ICCC) will assist UK police officers to use alternative mechanisms to share and access information about criminals and co-operate on operations if current EU law enforcement tools are lost due to a no-deal Brexit. The ICCC is now fully operational and has been preparing to mitigate, as much as possible, the effects of exiting the EU without a deal that maintains existing security arrangements.

The unit is staffed by police officers, teams from the National Crime Agency and the national Criminal Records Bureau service who will offer specialist guidance to police forces on the replacement tools. A network of officers across the country will be trained to assist their colleagues at the local level.

Deputy Assistant Commissioner Richard Martin, the National Police Chiefs’ Council’s lead for Exiting the EU, said: “We have been working closely with the Home Office to prepare for all eventualities including losing access to current EU law enforcement tools. We have contingencies in place for each of the EU tools, but they are not like-for-like replacements and will not be as efficient or effective as the tools we currently use. A new national unit, staffed with experts from across law enforcement, is now ready to help officers across the country to use alternative mechanisms if needed.”

Martin added: “We are prepared for the worse case scenario, as the public would expect. Forces will be ready to respond to the challenges a no-deal EU exit would bring, but we continue to hope that a deal protecting vital data-sharing and co-operation is reached. It’s in the interests of both UK and EU citizens.”

The tools at risk include:

*Schengen Information System (SISII): This is an EU-wide IT system that enables EU Member States to share real-time information about wanted or missing people. Law enforcement officers in the UK accessed this database 539 million times in 2017

*European Arrest Warrants (EAW): A framework that facilitates the extradition of individuals between EU Member States to face prosecution. In 2017-2018, over 1,400 people were arrested on a EAW in the UK and around 180 were returned to the UK

*Europol: Europol is an agency that supports co-operation between EU Member States enabling information sharing and joint operations. The UK is a significant contributor to Europol sharing over 47,000 messages in 2017 and has supported over 130 investigation teams