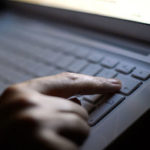 The Home Office has announced the development of new technology to automatically detect terrorist content on any online platforms. Tests have shown that this new tool can automatically detect 94% of Daesh propaganda with 99.995% accuracy. It boasts “an extremely high degree of accuracy”. For instance, if it analyses one million randomly selected videos, only 50 would require additional human review. The tool can be used by any platform and integrated into the upload process so that the majority of video propaganda is stopped before it ever reaches the Internet.

Developed by the Home Office and ASI Data Science, the technology uses advanced machine learning to analyse the audio and visuals of a video to determine whether it could be Daesh propaganda. The Home Office and ASI Data Science will be sharing the methodology behind the new model with smaller companies in order to help combat the abuse of their platforms by terrorists and their supporters.

Many of the major tech companies have developed technology specific to their own platforms and publicly reported on the difference this is making in their fight against terrorist content. Smaller platforms, however, are increasingly targeted by Daesh and its supporters and often don’t have the same level of resources to develop such technology.

The model, which has been tested using over 1,000 Daesh videos, isn’t specific to one platform so can be used to support the detection of terrorist propaganda across a range of video streaming and download sites in real-time.

Welcoming the new technology, Home Secretary Amber Rudd said: “Over the last year we have been engaging with Internet companies to make sure that their platforms are not being abused by terrorists and their supporters. I have been impressed with their work so far following the launch of the Global Internet Forum to Counter Terrorism, although there’s still more to do. I do hope this new technology which the Home Office has helped to develop can support others to go further and faster.”

Rudd continued: “The purpose of propaganda videos is to incite violence in our communities, recruit people to the terrorists’ cause and attempt to spread fear in our society. We know that automatic technology like this can heavily disrupt the terrorists’ actions, as well as prevent people from ever being exposed to these horrific images. This Government has been taking the lead worldwide in making sure that vile terrorist content is stamped out.”

Separately, new Home Office analysis demonstrates that Daesh supporters used more than 400 unique online platforms to push out their poisonous material in 2017, highlighting the importance of technology that can be applied across different platforms. Previous research has found the majority of links to Daesh propaganda are disseminated within two hours of release, while a third of all links are disseminated within the first hour.

The new research also shows that, from July until the end of the year, 145 new platforms hadn’t been used before.