A new drive designed to crack down on all forms of serious and organised crime begins with the launch of a wide-ranging formal Government review that will look to identify ways of bolstering the response to threats such as county lines, people trafficking, drugs, child sexual exploitation, fraud and illicit finance.

According to the National Crime Agency (NCA), which is the lead law enforcement agency for tackling this threat, there are more than 4,500 serious and organised crime groups in the UK. This type of crime costs the economy an estimated £37 billion per annum.

Criminals exploit the most vulnerable people in society for their own financial gain, from victims of modern slavery and human trafficking through to young people suffering from sexual exploitation and abuse.

The Government’s review – the first of its type to look at the full spectrum of serious and organised crime – will be led by Sir Craig Mackey QPM, former deputy commissioner of the Metropolitan Police Service, with support from stakeholders and advisors from law enforcement and national security.

The review will consider the powers, capabilities, governance and funding required to tackle today’s threats across law enforcement and the justice system in England and Wales, including the NCA, local police forces and regional organised crime units.

Mackey will deliver the report to Brandon Lewis, Minister for Security, in Spring 2020. His recommendations will cover the status, roles and responsibilities of the NCA, regional organised crime units and other national agencies pursuing serious criminality, along with local police forces in England and Wales, to ensure they have the right governance, support and legal powers in place to deliver on their missions. 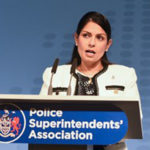 Home Secretary Priti Patel said: “This review will help strengthen our response to these sickening crimes, building on the existing success of the NCA. The threat is growing and offenders are becoming more sophisticated. Serious and organised criminals exploit children and ruthlessly target the most vulnerable in our society, ruining lives and blighting communities. We’re committed to tackling crime and keeping our streets safe. I’m glad Sir Craig will bring his significant expertise and experience to this review, which will help ensure our system is fit for the modern world.”

Brandon Lewis added: “This ambitious review will ensure that the NCA and the police have the right tools, leadership and funding to improve our national response to serious and organised crime. This is a complex problem. Fraudsters, county lines gangs and child abusers all prey on the vulnerable and we must do more to tackle these nefarious activities. The NCA and the police have my full and continued support in the excellent work that they do to combat these evil-doers.”

Sajid Javid, Chancellor of the Exchequer, stated: “Serious and organised crime is a growing and sophisticated threat that we’re determined to tackle by bolstering our response. In addition, I was proud to fund the first of our 20,000 new police officers at the Spending Round to help keep the public safe.” 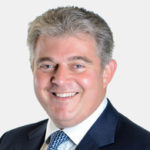 The review will support the implementation of the Serious and Organised Crime Strategy, published in November 2018, which sets out measures to build the UK’s defences against this type of crime, track down the most dangerous and determined criminals and bring them to justice.

A total of £90 million was allocated from the police funding settlement over the course of 2019-2020 to build capabilities at national, regional and local levels to tackle serious and organised crime. An additional £30 million of new funding is helping to tackle child sexual exploitation.

Sir Craig Mackey concluded: “Serious and organised crime includes some of the worst offences that people can perpetrate against each other and corrodes our communities. It’s a privilege to be asked by the Government to consider how we might improve the response to this problem. I’m looking forward to engaging with the professionals across the system who work tirelessly to keep us safe from these criminals in order to understand how we might enable them to do even more to protect the public and bring criminals to justice.”

Collaborative initiative puts £400 million worth of online claims under spotlight