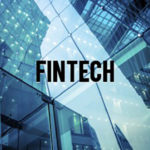 The Royal United Services Institute’s (RUSI) Centre for Financial Crime and Security Studies is due to host the first meeting of the FinTech and Fincrime Exchange (FFE), a new initiative orchestrated to promote an increased understanding of financial crime by the FinTech industry.

Organised in collaboration with FINTRAIL, a financial crime risk management company, this initiative has been conceived due to the recognition that, as a rapidly growing industry, FinTech providers, much like traditional financial institutions, must ensure their organisations are not misused for financial crime purposes.

Technological innovation has undeniably reshaped the financial landscape, in which efficiency, customer experience and ease of use is prioritised by FinTech providers in a sharp contrast to traditional financial institutions. Nonetheless, the key financial crime threats and vulnerabilities remain, as criminals and terrorists will seek to exploit the system for their own illegal gains, including by way of money laundering, terrorist financing, cyber crime, bribery and fraud.

While there’s gradually increasing awareness of these issues, there are few spaces in which relevant personnel from the FinTech world can engage with one another, discuss shared challenges and foster a greater level of financial crime understanding. That being so, this initiative seeks to fill the gap through the creation of the FFE, the cohort of which will aim to meet once every two months in order to debate the key issues duly identified by its members.

The FFE’s prime objective is to inform, debate and develop knowledge and Best Practice in the fight against financial crime that both policy-makers and regulators can adopt.

University of Surrey to lead £1.1 million study aimed at improving online safety for public and companies