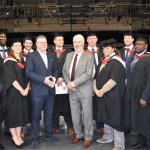 Showsec has once again demonstrated why the event security and stewarding business remains at the forefront of raising managerial expertise and industry standards, with twelve members of its management team donning gowns and mortarboards for a graduation ceremony at Derby Arena to mark another step along their career paths.

Eleven of those Showsec managers have become the first employees of the Leicester-based company to receive the new Bachelor of Arts Degree in Applied Professional Studies in Crowd Management, while a twelfth member of the group is the latest graduate to be awarded a Foundation Degree in the same subject.

The attainment of BA degrees by such a significant number of regional and area managers comes as a direct result of substantial investment and a productive partnership formed with the University of Derby’s Business Centre.

“Personal development is a fundamental element of our continual commitment to drive the business forward and raise standards, so this is a fantastic achievement by all of the graduates as well as being a particularly proud moment for the company itself,” enthused Mark Harding, managing director at Showsec. 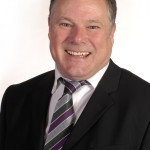 “This elevates the strength of our operational team to a new level, while also helping to set a further benchmark in terms of the standards we’re aiming to achieve across the events industry in general. All of the graduates are to be highly commended for their dedication and professionalism. Combining their studies with an extremely busy workload is quite a commitment for them.”

Harding continued: “An important product of this success is, of course, the fact that our customers benefit from the services of highly-skilled professionals who can provide even stronger operational leadership. We’re constantly exploring ways in which to remain a market leader in terms of career opportunities and personal development. Indeed, the company makes a substantial investment in doing so, not only from a financial perspective, but also when it comes to support provided by other individuals within the business.”

Showsec has worked closely with the University of Derby’s Business Centre to create a bespoke Training and Development Programme that affords individuals the very best possible career pathway.

Many of those who had previously obtained the Foundation degree two years ago have now progressed to the point where they’ve also completed the prestigious BA course.

“The partnership we’ve developed with the University of Derby’s Business Centre and the tremendous support we’ve received has been crucial to the advancement of the Training and Development Programme,” explained Keith Hackett, learning and development manager at Showsec.

“Both the BA degree and Foundation courses incorporate a significant amount of real-time operational learning experiences, enabling our managers to combine studying with their ongoing workload. The courses also include innovative processes, such as thought-provoking classroom sessions specifically designed to challenge current security and crowd management procedures, while another element involves input from a number of industry experts who are very much at the cutting edge of progression.”

In the case of the Foundation Degree, Michael Asimonye – Showsec’s operations executive based in London – went on to gain this qualification over a two-year period, the first part of which involved completing the company’s much-acclaimed Management Development Programme.

The Showsec graduates were joined at Derby Arena by Steve Reynolds, former regional manager for the South of England, who also completed the BA course while with the company.

At the same time, Showsec has also been bestowed with a World Class Service benchmark which boosts the business’ commitment to delivering the very best customer experience at three major UK arenas. 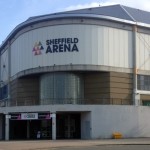 The company has just passed a World Class Service audit with flying colours in each instance, but it was the Showsec operation at Sheffield Arena that came out on top with an impressive score of 90% for its performance during the assessment period.

The audit also highlighted that Showsec’s teams at Manchester Arena (88%) and Leeds’ First Direct Arena (86%) had achieved high standards when placed under the spotlight.

World Class Service was commissioned by Showsec to undertake an annual review, in turn providing valuable feedback on the company’s customer service levels.

“This is another extremely satisfying set of results, but more importantly, we now have a new benchmark against which to measure progress and identify where further improvements might be made,” outlined Alan Wallace, Showsec’s regional manager for the North of England.

“We’ve found that these ‘secret shopper’ assessments have been incredibly helpful in providing us with detailed feedback about the way in which we deal with customers at various points throughout an event, from the moment they arrive on site to the point at which they depart.”

Wallace went on to state: “It also creates a competitive edge among the Showsec teams who operate at these arenas. It’s pleasing to see that the Sheffield Arena operation has come out on top this time. However, great credit should go to everyone who’s involved in delivering specialist services at all of these venues.”

Part of the venue experience

Craig Bennett, Showsec’s area manager for Sheffield, told Risk UK: “This isn’t just about stewarding and security. It’s also about ensuring that we’re an important part of the whole venue experience, and taking care of the audience while they are with us. It was particularly pleasing to see that some individuals, notably Roy Thomas and Sue Hill, received special mention for going above and beyond the Call of Duty, but it’s very much a team effort. We aim to maintain high standards throughout the venue at all times.”

Bennett continued: “The overall assessment states that the majority of stewards have been helpful and extremely pleasant when discharging their duties. Tom Pickup was the head of security on the night of this latest assessment, and he deserves much credit for what has been achieved at the venue across the board.”

World Class Service works with venues and organisations to help drive standards of service and enhance the customer experience. The ‘secret shopper’ assessments, which were conducted during December, focused on three key areas: behaviour, processes and environment.

Tracy Waddacor, managing director at World Class Service, commented: “We would like to congratulate Showsec on a successful annual audit of the northern regional venues at which it operates. Considering the size of these venues and the audience numbers involved, the Showsec team experience is not only safety and security-focused, but also warm and welcoming. That combination is extremely important to achieve.”