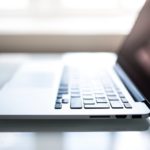 A suspected Denial of Service (DoS) attack resulted in Wikipedia experiencing intermittent outages in the early hours of Saturday 7 September. Organisations worried about the threat of DoS attacks are now recommended to read guidance just published by the National Cyber Security Centre (NCSC).

The suspected DoS attack on Wikipedia resulted in intermittent site access for some users in the UK, Europe and the Middle East.

When a website suffers a DoS attack, it will appear to users that the site has simply stopped displaying content. However, for businesses it could mean that the online systems they depend upon have ceased to respond.

Advice for SMEs, large organisations, the public sector and cyber security professionals in general is readily available on the NCSC’s website.

The collection of guidance published by the NCSC helps organisations mitigate DoS attacks and outlines the importance of understanding your service, creating a response plan, scaling and monitoring.

There’s also guidance around the very minimal DoS response plan any organisation should have in place.