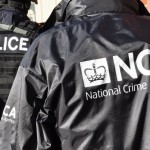 A Northern Irish woman with suspected links to serious organised crime has been ordered to explain how she financed the purchase of six properties worth around £3.2 million in total. The National Crime Agency (NCA) believes the woman is associated with criminals involved in paramilitary activity and cigarette smuggling.

Details of the Unexplained Wealth Order, which was obtained at the High Court last Wednesday (24 July), can now be revealed after the Order was served on the afternoon of Tuesday 30 July.

The Order is part of the NCA investigation into properties owned by the woman who now lives in London. Four of the properties are located in the capital and two are in Northern Ireland.

Interim Freezing Orders have also been granted which means that these properties cannot be sold, transferred or dissipated while the investigation continues.

Andy Lewis, head of asset denial at the NCA, said: “This is the fourth case in which we’ve obtained an Unexplained Wealth Order. Our investigations are complex and involve careful consideration before we make an application before the court. We do not investigate illicit finance based on monetary value alone. This latest Order shows that we will act against those whom we believe are causing the most harm to our communities.”

Sarah Pritchard, director of the National Economic Crime Centre, added: “We’re determined to identify and prioritise the cases which have the biggest impact on tackling serious and organised economic crime. Criminally obtained assets undermine the integrity of the UK’s economy and institutions. We will use all the powers available to us to target those whom we suspect are trying to launder money and will explore every opportunity to deny assets linked to illicit finance.”

Law firm Rahman Ravelli’s legal director Syedur Rahman believes that this could be a sign of things to come.

“This news is another warning shot to those suspected of engaging in acquiring assets through criminal conduct. It’s the second time in less than two weeks that we’ve seen an Unexplained Wealth Order used as part of an ongoing investigation. Despite them having been made available to the authorities for over a year now, until recently we had yet to see them being used on a regular basis. With three issued since late May, it seems like the proverbial floodgates appear to be opening.”

Ravelli continued: “The fact that those suspected of involvement in serious and organised crime are now becoming targets is perhaps unsurprising. An Unexplained Wealth Order gives the authorities a direct route to the assets of those suspected of criminality. There’s no need for a conviction or even for charges to have been brought. For that reason alone, an Unexplained Wealth Order is a very attractive option for the NCA and other enforcement agencies.”