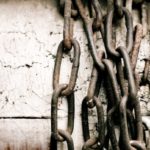 According to the National Crime Agency (NCA), modern slavery and human trafficking in the UK is far more prevalent than previously thought. A growing body of evidence resulting from an increase in law enforcement activity points to the numbers of victims being much higher than estimated and the threat continuing to expand.

The NCA has just released figures showing that there are currently more than 300 live policing operations targeting modern slavery in the UK. More than a dozen of the highest risk operations targeting organised crime groups are being led by the organisation. Recent operational results from those law enforcement initiatives include:

*The arrests of three men in North East England with suspected links to a Romanian organised crime group using the Internet to advertise the services of victims trafficked for sexual exploitation and then forcing them to launder the proceeds through criminally-controlled bank accounts. Ten women were safeguarded. Across Europe, the group and its wider network are suspected to have made around €5 million in criminal profits

*The rescue and safeguarding of five Slovakian men encountered during an investigation into allegations of forced labour in the Bristol area. A man and a woman with links to a car wash business were arrested and are suspected of being part of a wider organised crime group

A surge in operational activity focusing on labour and sexual exploitation co-ordinated by the NCA through May and June – and codenamed Operation Aidant – led to 111 arrests in the UK and some 130 people being encountered who may be considered as victims.

Linked operational activity also took place on mainland Europe resulting in around 40 further arrests and the launch of 25 additional investigations as a result of intelligence gained.

The number of people being referred into the National Referral Mechanism as potential victims of modern slavery continues to rise. 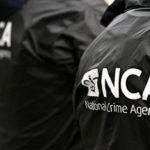 Will Kerr, the NCA’s director of vulnerabilities, said: “Modern slavery has rightly been made a priority across law enforcement, but it’s a hidden crime so the onus is very much on us to seek it out. The more that we look for modern slavery, the more we find evidence of widespread abuse of the vulnerable. The growing body of evidence we’re collecting points to the scale of criminality being far larger than anyone had previously thought. The intelligence we’re gaining is showing that there are likely to be far more victims out there. The number of victims in the UK has been underestimated.”

In response, the NCA begins a new campaign focused on sexual and labour exploitation, explaining how the public can help to stop it. Over the next six months, the campaign will highlight the signs of modern slavery which people may encounter in their everyday lives and encourage them to report it.

“Modern slavery is a crime which affects all types of communities across every part of the United Kingdom,” suggested Kerr. “It’s difficult to spot because, very often, the victims don’t even know they’re being exploited. Nevertheless, we need local communities to be our ‘eyes and ears’. There will be people living and working where victims come into contact with everyone else’s so-called ‘normal’ lives. They may see something they feel isn’t quite right. That might be someone seeming afraid, vulnerable or being controlled, moved around or forced to work against their will. If they do see or hear of something, we need members of the public to speak to us. Anyone with suspicions can call their local police force on 101 or the Modern Slavery Helpline on 08000 121 700.”

The term ‘modern slavery’ subsumes the offences of human trafficking, slavery, servitude and forced or compulsory labour, including sexual or criminal exploitation.

Since April, the NCA has hosted the Joint Slavery and Trafficking Analysis Centre, bringing together analysts from policing, Immigration Enforcement, the Border Force, HMRC and the GLAA to share and analyse intelligence.