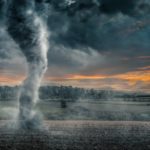 A number of devastating earthquakes and powerful storms rendered 2016 the costliest 12 months for natural catastrophe losses in the last four years. That’s according to a study conducted by the Munich Re Group, which shows that losses totalled US$175 billion, a good two-thirds more than in the previous year, and very nearly as high as the figure recorded for 2012 (US$180 billion). The share of uninsured losses – the so-called ‘protection or insurance gap’ – also remained substantial at around 70%.

The high number of flood events, including river flooding and flash floods, was exceptional and accounted for 34% of overall losses, compared with an average of 21% over the past ten years. Taking very small events out of the equation, 750 relevant loss events including earthquakes, storms, floods, droughts and heatwaves were recorded in the Munich Re NatCatSERVICE database. This is significantly above the ten-year average of 590.

“After three years of relatively low NatCat losses, the figures for 2016 are back in the mid-range where they’re expected to be,” observed Torsten Jeworrek, a member of the Board of Management at the Munich Re Group. “Losses in a single year are obviously random and cannot be seen as a trend. The high percentage of uninsured losses, especially in emerging markets and developing countries, remains a concern.”

While the digital threats may be seen as the greatest concern to business continuity professionals, according to the Business Continuity Institute’s latest Horizon Scan Report, that’s not to say threats of a more physical nature don’t exist. Adverse weather featured as a Top Ten threat for more than half of all respondents (55%) to a global survey expressing concern about the prospect of this threat materialising, while a quarter expressed concern about the possibility of an earthquake/tsunami.

The costliest natural catastrophes of the year occurred in Asia where there were two earthquakes on the southern Japanese island of Kyushu close to the city of Kumamoto in April. Overall losses were reported at US$31 billion, with the proportion of insured losses just under 20%. There were also devastating floods in China during both June and July. Here, overall losses totalled US$20 billion, only some 2% of which were insured.

North America was hit by more loss occurrences in 2016 than in any other year since 1980, with no less than 160 events recorded. The year’s most serious event was Hurricane Matthew which had its greatest impact on the Caribbean island nation of Haiti, which was still struggling to recover from the 2010 earthquake. Hurricane Matthew killed around 550 people in Haiti, and also caused serious damage on the east coast of the USA.

Overall losses totalled US$10.2 billion, with over a third of this figure insured.

Series of storms in Europe

North America was also impacted by other extreme weather hazards, including wildfires in the Canadian town of Fort McMurray in May and major floods in the southern US states during the summer.

In Canada, the mild winter with less snow than usual – in tandem with the spring heatwaves and droughts which followed – were the principal causes of the devastating wildfires that hit the province of Alberta, generating overall losses of US$4 billion. More than two-thirds of this figure was insured.

In August, floods in Louisiana and other US states following persistent rain triggered losses totalling US$10 billion, only around a quarter of which were insured.

There was a series of storms in Europe in late May and early June. Torrential rain triggered numerous flash floods, particularly in Germany, and there was major flooding on the River Seine in and around Paris. Overall losses totalled some US$6 billion, around half of which were insured.

“A glance at the weather-related catastrophes of 2016 shows the potential effects of unchecked climate change,” explained Peter Höppe, head of Munich Re Group’s Geo Risks Research Unit. “Of course, individual events themselves can never be attributed directly to climate change, but there are now many indications that certain events – such as persistent weather systems or storms bringing torrential rain and hail – are more likely to occur in certain regions as a result of climate change.”

The findings of the Munich Re Group study, and the costly impact of natural catastrophes that it highlights, show just how important it is for today’s organisations to practice effective business continuity management. This will not negate the likelihood or consequence of such an event, of course, but it will ensure that, should one occur, plans and processes are in place to enable the business to manage through it, limit the impact of the event and make sure that, as a bare minimum, the priority activities can be carried out.