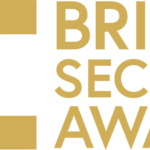 The British Security Industry Association (BSIA) has announced the full list of national finalists for the 2019 edition of the Trade Association’s ever-popular British Security Awards, with the ceremony to be held on Wednesday 10 July at the Marriott Hotel on London’s Grosvenor Square.

The British Security Awards celebrate excellence in security both regionally and nationally, focusing as they do on outstanding acts of bravery, customer service, teamwork, innovation and dedication to the industry while duly recognising those individuals and teams who’ve gone above and beyond the call of duty in their everyday work.

The national finalists in the security personnel-focused categories are as follows:

Finalists in the remaining British Security Awards categories are as follows:​

Apprentice of the Year

SME of the Year

Business of the Year

National Partnership of the Year

International Partnership of the Year​

Innovative Security Project of the Year

Contribution to the Industry

The British Security Awards 2019 will be hosted and presented by journalist and broadcaster Jane Moore, with the Bravery Award presented by Assistant Chief Constable Sarah Boycott of the West Midlands Police.

There will also be a Bravery Award presented to a member of the public and a special Chairman’s Award to be presented by current incumbent Simon Banks of the CSL Group.

Mike Reddington, CEO of the BSIA, said: “The judging of all the exceptional entries that we received was no easy task given the level of nominations and the incredible quality of performance and innovation on display. The finalists in the 2019 edition of the British Security Awards should be immensely proud of their achievements. We wish them the best of luck on the national stage.”

*Tickets for the event are now available and can be purchased by contacting the events team on comms@bsia.co.uk