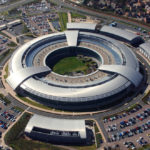 Following the success of the IA15 and CyberUK 2016 events, the National Cyber Security Centre (NCSC) has announced that there will be a return to Liverpool next March for CyberUK 2017. This is a three-day event that will bring together cyber security leaders and professionals from right across the UK’s information security communities encompassing both the public and private sectors.

CyberUK 2017 will be held between 14 and 16 March 2017 at the Arena and Conference Centre in Liverpool. The event will have two elements: CyberUK Strategy (aimed at decision takers from central and wider Government, the Critical National Infrastructure, industry and academia) and CyberUK in Practice (which is designed for information security and technology practitioners).

The NCSC’s partnership with information security businesses of all sizes is essential in strengthening the UK’s cyber resilience. For its part, CyberUK 2017 will play a key part in defining the role industry must play in achieving this step change. The event is expected to attract a delegate cohort of no less than 1,600 information assurance and cyber security leaders and professionals.

This first day brings the primary conference for briefing 800 information assurance and cyber security leaders. Minister-led, it will feature Robert Hannigan (director of GCHQ) and be chaired by Ciaran Martin (CEO at the NCSC). This is the leadership event for the information security sector, and will be preceded by a networking dinner at Liverpool’s historic St George’s Hall on the evening of Monday 13 March.

Alex Dewdney, director for engagement at the NCSC, commented: “CyberUK Strategy will set the agenda for UK cyber security. Following on six months after the launch of the NCSC, it will provide clarity around the new organisation’s strategy and delivery plans. Importantly, it will also give the leadership community the chance to debate priorities, challenges and opportunities.”

Days 2 and 3: CyberUK in Practice

These days will bring together information security professionals, among them specialists in the design and development of online services and systems, procurement and all areas of ICT delivery. It will be an opportunity to share insights, updates and engagement over the cyber security challenges being faced. The event will feature the interactive format first employed for the widely acclaimed inaugural gathering in May this year.

“CyberUK in Practice brings together the professional community responsible for implementing information assurance and cyber security across Government, industry and the Critical National Infrastructure,” concluded Dewdney. “It will showcase what we can do together as teams, as departments and organisations to implement digital, data and technology as safely and securely as we can.”

The NCSC is the UK’s authority on cyber security. It’s part of GCHQ and brings together CESG – the Information Security arm of GCHQ – the Centre for the Protection of National Infrastructure, CERT-UK and the Centre for Cyber Assessment to form one organisation that will simplify the current cyber security landscape.

The NCSC will begin the move to its London headquarters in Victoria later this year. The organisation is led by CEO Ciaran Martin, with a team of approximately 700 people in its ranks.

It’s one part of an ambitious cyber security strategy to be unveiled by Ministers later this year and focused on:

Heart of the capital

The first day of operations on Monday 3 October marked a phased approach to building the NCSC’s capabilities during this Parliament. Ben Gummer, Minister for the Cabinet Office and Paymaster General, said: “London already leads the world in so many ways, so it’s only right that we establish the country’s first National Cyber Security Centre in the heart of the capital as Britain continues to lead in tackling this global issue. While retaining access to the world leading capabilities, partnerships and people of the intelligence community, this new operation will have an ‘open-door’ policy which makes it easier for businesses of all sizes to access the best support available for cyber issues.”

Ciaran Martin stated: “I’d like to thank everyone who has been involved in shaping this new and exciting organisation. Our role involves helping to make the UK the safest place in which to live and do business online. We’re going to tackle the major threats from hostile states and criminal gangs, but we’re also going to work tirelessly to automatically protect people from those smaller scale and deeply damaging attacks that cause so much disruption and frustration. We’ll also continue our work that’s focused on helping people and businesses to understand that much better what it is they need to do in order to protect themselves in the cyber realm.”