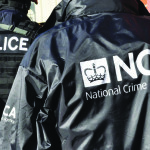 The National Crime Agency (NCA) has published the ‘Strategic Assessment of the Nature and Scale of Human Trafficking in 2014’. This document is the fourth annual report on potential victims of trafficking.

The NCA’s UK Human Trafficking Centre (UKHTC) states that 3,309 people – among them 732 children – were the potential victims of trafficking for exploitation in 2014, representing an increase of 21% on the 2013 statistics.

The report also shows that, for the fourth consecutive year, Romania was the most prevalent country of origin of potential victims of trafficking, although in this reporting period the victims exploited for labour surpassed those for sexual exploitation for the first time.

The UK remained the third most prevalent country of origin for potential victims with 300 cases noted. This marks a 55% rise on the previous year.

The detailed assessment provides further breakdowns across the UK, listing both victims’ countries of origin and type of exploitation by both country and region.

Caroline Young, deputy director of the NCA’s dedicated Organised Crime Command, commented: “Human trafficking is an insidious and complex crime wherein much of the exploitation is hidden from view. However, the 21% increase in reporting in this assessment, which represents a very similar increase to the previous year, indicates that law enforcement and first responders are increasingly encountering and recognising examples of trafficking in our society. This is the first step in being able to assist the victims and tackle criminality.”

Young continued: “The National Crime Agency is committed to continually disrupting this vicious criminal trade in human misery, which exploits the most vulnerable people, both here and abroad, for financial gain. Victims are being forced to work in private houses and in hospitality, farming, manufacturing and the construction industry. In many cases, threats and violence are used to ensure compliance.”

In conclusion, Young explained: “The NCA will continue to work closely with a range of partners to help eradicate this vile form of criminality.”