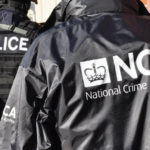 The National Crime Agency has just published its third annual public-facing analysis of the serious and organised crime threats presently affecting the UK.

The National Strategic Assessment draws together knowledge from across the entire law enforcement community, in turn providing an objective picture of serious and organised crime threats and enabling UK law enforcement as a whole to prioritise, co-ordinate and target its response.

In no particular order of priority, the Top Five threats for the year ahead are identified as organised immigration crime, cyber crime, child sexual exploitation and abuse, firearms crime and high-end money laundering.

Other threats covered by the report include modern slavery and human trafficking, bribery and corruption, drugs, economic crime, the criminal use of identity and Internet technology and foreign national offenders.

Observations in the 2016 assessment include:

*the likelihood that a move to paperless online processes in the financial sector and other public services will provide greater opportunities for criminals, and subsequently elevate the value of high quality false documents

*the emergence of Distributed Denial of Service (DDoS) attacks for extortion, driven at least in part by wider criminal understanding of their potential for realising profit

Commenting on the document, the National Crime Agency’s director general Lynne Owens said: “The threat from serious and organised crime continues to evolve and has done so over the last year in ways that have attracted considerable and understandable volumes of public attention. Against this backdrop there have been major operational successes spanning multiple areas of crime. All of these successes have been built on collaboration, which is fundamental both to our understanding of the threat and our delivery of the most effective response.”

Owens concluded: “The National Strategic Assessment provides us with a very solid understanding of the threat from serious and organised crime for the year ahead as we work together with partners in the law enforcement world to achieve the maximum positive impact on the criminals damaging the UK and, indeed, its interests overseas.”