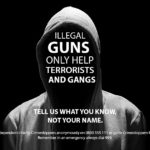 The National Crime Agency and National Counter-Terrorism Policing have joined forces to appeal directly to members of the public for information preventing criminals and terrorists from gaining access to firearms and ammunition. The hard-hitting ‘Guns Off Our Streets’ (#GunsOffOurStreets) appeal, initiated by two of the UK’s top police officers, urges members of the public to call Crimestoppers with any information they have about illegally-held weapons entering the country or being stolen from legitimate gun owners.

With the current UK threat level from international terrorism remaining at ‘Severe’, and at least ten terrorist attacks foiled in the last two years, the police service wants to ensure that weapons do not fall into the hands of the terrorists, potentially leading to an incident similar to that witnessed in Paris a year ago.

Metropolitan Police Service Assistant Commissioner Mark Rowley, the head of National Counter-Terrorism Policing, explained: “Here in the UK, our detectives have a unique tactical advantage in terms of countering terrorism. The relatively low level of weapons availability, especially automatics, when compared to Europe and America provides more opportunity to intercept terrorists before they acquire them. Indeed, about half of the plots we intercept involve terrorists seeking to obtain weapons.” 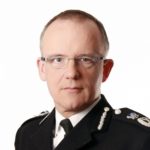 Rowley continued: “That said, we cannot be complacent. Intensified counter-firearms operations by the National Crime Agency, the National Counter-Terrorism Policing network and local forces, along with border force and other partners, are essential to maintain this advantage. We also need more help from the public and are appealing for people to come forward with information that will help keep communities safer from guns and prohibited weapons. Our message to the public is this: if you know anyone who may own or have access to illegal firearms then please call Crimestoppers. Your call could help save lives.”

Of the terror attack planning plots that have been disrupted since 2013, nearly half of these have involved a firearms angle to some degree.

“Despite our good work,” added Rowley, “we know that firearms can enter the criminal market through a variety of means, including thefts from legitimate holders or dealers. Law enforcement, together with the security and intelligence services, is working tirelessly to locate these weapons, confront the terrorist threat and keep members of the public safe. It’s imperative that we intercept these firearms before they can do immeasurable harm to our communities. Ultimately, it’s communities that defeat terrorism and our collective safety depends on everyone’s efforts to report criminality and a possible firearms incident.”

Suppressing the availability of illegal firearms

The National Crime Agency’s director general Lynne Owens observed: “Suppressing the availability of illegal firearms in the UK has never been a more significant priority for the law enforcement community. Criminal networks, who think nothing about who they sell firearms to, present a significant route by which extremist groups will try to access the sort of weapons used in recent attacks across Europe. This is where organised crime and terrorism cross over, and where the National Counter-Terrorism Policing network and the National Crime Agency come together, doing what we each do well with a joint purpose.”

Owens went on to state: “The National Crime Agency has active operations in place against the groups involved in supplying, distributing and providing access to firearms. In the last year alone, both ourselves and Regional Organised Crime Units have arrested 128 suspects as a result of firearms-related investigations. To prevent weapons from falling into the wrong hands, we need intelligence about the firearms being used, both in terms of their supply and access to them. We need to reinforce the importance of the general public remaining alert to the potential threat and emphasise the role that citizens play in helping to keep everyone safe.”