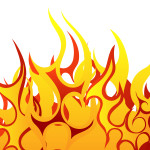 A new report published by the National Audit Office (NAO) entitled ‘Financial Sustainability of Fire and Rescue Services’ has found that such organisations’ abilities to respond to major incidents may well be constrained by any further budget cuts instigated by the Conservative Government.

The NAO finds that there have been “no financial failures” while the fire sector as a whole has increased its financial reserves since 2010-2011.

At the same time, the number of fires and casualties have continued their long-term downward trend. Primary fires (ie those involving casualties or damage to property) have fallen by 23% from 2010-2011 to 2014-2015, while the number of fatalities in fires has dropped by 22% over the same period.

The NAO report highlights that, despite a period of sustained budget cuts since 2010, Fire and Rescue Services across the country have been able to bring down the number of incidents and fatalities, but that further cuts could lead to additional job losses and potential strike action.

Over the last five years, fire authorities have reduced the number of permanent firefighters by 14%, carried out 30% fewer audits of business premises and spent 27% less hours on home fire safety checks.

The NAO’s report also heavily criticises the Department for Communities and Local Government (DCLG)’s “limited understanding” of the underlying costs in providing local fire and rescue arrangements. It goes on to suggest that the DCLG has reduced funding to those Fire and Rescue Services with the greatest level of need.

Unlike in the other Emergency Services, there’s no external inspection of Fire and Rescue Services. The DCLG now relies on local scrutiny – from local councillors, the public as well as fire chiefs themselves – to safeguard service standards and value for money.

However, councillors can lack technical independent support, while a dearth of standardised data on response standards sometimes makes it difficult to compare the performance of a given local fire authority with others.

The Secretary of State has a statutory duty to assure Parliament on the standards of fire and rescue authorities, but the DCLG’s evidence to support these statements is described as “limited”. The DCLG is almost entirely reliant on authorities to self-certify that they’re in compliance with their mandated duties.

Amyas Morse, head of the NAO, commented: “I would expect the DCLG to have a better understanding of the appropriate funding levels necessary to support Fire and Rescue Services in order to maintain the financial sustainability of the sector in the context of funding cuts. The DCLG should also seek greater assurances that authorities are maintaining service standards and delivering value for money on a local basis.”

In its accompanying report entitled ‘Impact of Funding Reductions on Fire and Rescue Services’, the NAO takes an in-depth look at how fire and rescue authorities have responded to declining budgets since 2010-2011. The NAO warns that if funding reductions were to continue in future years, the sector would be faced with twin challenges: to implement new cost-reduction measures while at the same time managing increased risks.

Where cost reduction leads to further reductions in operational capacity, it may realise risks such as those to firefighter safety, the potential shrinking of the Fire and Rescue Service as a whole and, as stated, the potential for industrial action.

Among the NAO’s recommendations is that the DCLG should assess the likely impacts of different types of service transformation on cost reduction and service improvement.

The DCLG should also strengthen its assurance on the operational performance of the sector by gathering substantive evidence to support the Secretary of State’s assurances to Parliament and encouraging authorities to standardise the format of operational targets and performance reporting.