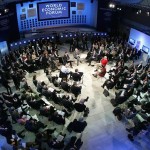 An increased likelihood around all risks, from the environmental to society, the economy, geopolitics and technology looks set to shape the global agenda in the coming year, the World Economic Forum’s Global Risks Report 2016 has found.

In this year’s annual survey, almost 750 experts have assessed 29 separate global risks for both impact and likelihood over a ten-year time horizon. The risk with the greatest potential impact in 2016 is found to be a failure of climate change mitigation and adaptation. This is the first time since the report was published in 2006 that an environmental risk has topped the ranking. This year, it was considered to have greater potential damage than weapons of mass destruction (second), water crises (third), large-scale involuntary migration (fourth) and severe energy price shock (fifth).

The number one risk in 2016 in terms of likelihood, meanwhile, is large-scale involuntary migration (according to the UNHCR, the number of people forcibly displaced in 2014 stood at 59.5 million, almost 50% more than in 1940), followed by extreme weather events (second), failure of climate change mitigation and adaptation (third), interstate conflict with regional consequences (fourth) and major natural catastrophes (fifth).

Such a broad risk landscape is said to be “unprecedented” in the years that this report has been measuring global risks. For the first time, four out of five categories – namely environmental, geopolitical, societal and economic – feature among the Top Five most impactful risks. The only category not to feature is technological risk, where the highest ranking risk is cyber attack (which finds itself in eleventh position for both likelihood and impact).

This diverse landscape comes at a time when the toll from global risks would appear to be rising. Warming climate in 2015 is likely to raise the global average surface temperature to the milestone of 1°C above the pre-industrial era for the very first time.

Data from the report appears to support the increased likelihood of risks across the board, with all 24 of the risks continuously measured since 2014 having increased their likelihood scores in the past three years.

In addition to measuring their likelihood and potential impact, the Global Risks Report 2016 also examines the interconnections among the risks. Here, data suggests a convergence may be occurring, with a small number of key risks wielding great influence.

Knowledge of such interconnections is important in helping leaders prioritise areas for action, as well as to plan for contingencies.

“We know climate change is exacerbating other risks such as migration and security, but these are by no means the only interconnections rapidly evolving to impact societies, and often in unpredictable ways,” explained Margareta Drzeniek-Hanouz, head of global competitiveness and risk at the World Economic Forum. “Mitigation measures against such risks are important, but adaptation is absolutely vital.”

Which panic button to press?

Environmental risks have come to prominence in the global risks landscape for 2016, despite the presence on the horizon of a large number of other highly visible risks. Income disparity, which was highlighted by the report in 2014, is this year reflected in the growing interconnections involving profound social instability and both structural unemployment and under-employment as well as the adverse consequences of technological advance.

“Events such as Europe’s refugee crisis and terrorist attacks have raised global political instability to its highest level since the Cold War,” asserted John Drzik, president of global risk and specialties at Marsh. “This is widening the backdrop of uncertainty against which international firms will increasingly be forced to make their strategic decisions. The need for business leaders to consider the implications of these risks on their firm’s footprint, reputation and supply chain has never been more pressing.”

Geopolitical risks, one of which – interstate conflict with regional consequences – was 2015’s most likely risk, are also present. While interstate conflict has dropped to fourth in terms of likelihood, weapons of mass destruction ranks as the second most impactful risk: one place higher than last year and its highest ranking ever in this report. 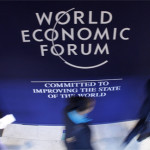 “Climate change is exacerbating more risks than ever before in terms of water crises, food shortages, constrained economic growth, weaker societal cohesion and increased security risks,” suggested Cecilia Reyes, chief risk officer at the Zurich Insurance Group. “Meanwhile, geopolitical instability is exposing businesses to cancelled projects, revoked licenses, interrupted production, damaged assets and the restricted movement of funds across borders. These political conflicts are making the challenge of climate change all the more insurmountable, reducing the potential for political co-operation, as well as diverting resource, innovation and time away from climate change resilience and prevention measures.”

One potential ‘black swan’ event could be in the area of technological risk. While cyber attacks are predicted to rise slightly in terms of likelihood and impact in 2016, others – including the potential failure of critical information infrastructure – appear to be declining as a risk in the eyes of experts.

Technological crises have yet to impact economies or securities in a systemic way, but the risk still remains high and is something that, potentially at least, may not have been fully priced-in by experts. This would appear to be the view of a growing number of business leaders, as a separate World Economic Forum survey of business chiefs assessing risks for doing business finds cyber attacks to be the top risk in no fewer than eight countries, among them the USA, Japan, Germany, Switzerland and Singapore.

International security in the spotlight

In addition to assessing the likelihood and potential impact of 29 global risks, the Global Risks Report 2016 takes an in-depth look at how the global security landscape could evolve in the future. The report features the outcomes of a year-long study to examine current trends and possible driving forces for the future of international security.

Through its analysis of the interconnections between risks, the Global Risks Report 2016 also explores three areas where global risks have the potential to impact society. These are the concept of the ‘(dis)empowered citizen’, the impact of climate change on food security and the potential of pandemics to threaten social cohesion.

For the second year running, the Global Risks Report also provides country-level data on how businesses perceive global risks in their respective nations. This year’s analysis uncovers patterns among both advanced and emerging economies. Unemployment and under-employment appears as the risk of highest concern for doing business in more than a fourth of the 140 economies covered, and is particularly featured as the top risk in two regions: sub-Saharan Africa and the Middle East and North Africa. In fact, the only region where it doesn’t feature in the Top Five is North America.

Energy price shock is the next most widespread risk, featuring in the Top Five risks for doing business in no less than 93 economies. Cyber attacks feature among the Top Five risks in 27 economies, indicating the extent to which businesses in many nations have already been impacted by this rising and ever-evolving threat.