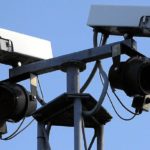 Currently, the UK’s public sector is faced with an economic climate that demands today’s services ‘do more with less’. One of those services is surveillance. Given the recent spate of criminality – and a surge in knife crime in particular since the start of this year – police forces are now under immense pressure to cut crime. With CCTV assisting in this regard, it’s nonetheless fair to suggest that the modernisation and digitisation of CCTV means challenges ahead for the police service. Richard Perkins delves into the detail.

CCTV played a vital role in identifying the perpetrators who carried out the London Underground and bus bombings in 2005, and has since been important to other investigations. The footage from CCTV not only helps reduce costs, time and effort expanded in the security process, but also improves prosecution outcomes.

The variation of modern crime makes its application imperative to already stretched police services, as not only does it act as a force multiplier, but also supports officer units on patrol.

CCTV’s role is diverse and,while providing quality digital evidence to support investigations, the recordings also deliver intelligence relating to potential threats – anything from anti-social behaviour to terrorism in fact. It’s estimated that one third of all cases handled by the Crown Prosecution Service (CPS) now include CCTV evidence.

However, with CCTV comes copious amounts of footage. It can be a challenge to sift through all of the material. Investigators often collect CCTV video only to find they have no way of actually playing it. Proprietary codecs are needed to make videos playable, and sometimes they can be hard to find and obtain.

Given the lack of industry standards in CCTV, the recovery of digital video evidence has turned into something of a research project. Digital Evidence Management solutions offer a better way of doing things by automatically transcoding video footage into a standard format that can be played on any desktop, laptop, tablet or smart phone.

The 2025 Digital Policing Vision called for the ‘transformation’ of police ICT. Police services are now on the brink of modernising operations and digital CCTV is a key element of this process. While the cameras covering public spaces provide intelligence to both the police and local authorities, the current infrastructure is somewhat siloed.. That said, there’s an opportunity to evolve the technology and adapt it in such a way that it can then help to tackle current challenges and improve infrastructure.

In a bid to deter criminals, protect vulnerable people and effectively prosecuting offenders, modern digital CCTV services are critical. However, with an emphasis on digital transformation and the current deluge of data, it’s important to tackle the interoperability of CCTV systems between the criminal justice system, the police and other public services. The challenge is around creating a joined-up approach to replace the current myriad of systems and data. The latter work independently of each other and are not integrated. 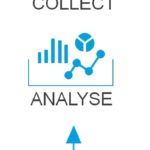 The benefits of a fully-integrated system are huge and we’re certainly starting to see a change in the way digital evidence is managed. Increased interoperability of CCTV would allow police officers to use data and information more effectively during investigations. For instance, officers investigating a case might track down a suspect’s vehicle by reviewing CCTV footage and noting the number plate. If those same officers could then easily access other surveillance images and cross-reference the information with other sources, this would allow them to build a better picture of the suspect(s) and their movements leading up-to and after the incident.

With many digital video file formats in use, there’s often inconsistencies between police services up and down the country. This also impacts the sharing of evidence between the police and the CPS, although this issue might be alleviated with the implementation of the CJS Common Platform.

Industry body TechUK recently reported that, if online reporting and submission of digital evidence such as CCTV were implemented nationwide, it could save at least £30 million. It’s important, then, that common platforms and systems are established to aid resource sharing as well as the movement of digital case files and evidence, ultimately making the process more efficient and decreasing the risk of loss.

CCTV is often referred to as the unseen eyes of the police, but soon digital CCTV will be equipped with the brainpower to boot. More and more, Artificial Intelligence (AI) and facial recognition technology will become integrated with CCTV, equipping cameras with the ability to analyse live video. Combined with the digitisation of CCTV, this makes for a powerful mix and enables live footage to be streamed directly into remote surveillance centres and Police Control Rooms, helping first responders quickly identify crimes and incidents.

Just as Automatic Number Plate Recognition technology is used to help detect vehicles of interest, police services will begin to embrace the use of AI for real-time crime reporting. With real-time automated detection capabilities, CCTV will scan for missing and wanted persons as well as suspicious behaviour such as attempted theft.

In fact, the technology is already being trialled. Last summer, South Wales Police used facial recognition technology to make an arrest for the first time, identifying the suspect by matching his face against images stored on a database. Facial recognition technology and live streaming could result in a dramatic change in the way police officers catch offenders. Instead of playing catch-up and using CCTV to identify where suspects were a few hours ago, the police could track the location in real-time using remote access to connected cameras.

Moving to the cloud 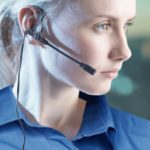 With digital CCTV becoming more prevalent and increasingly moving towards the cloud, footage is becoming more easily accessible. CCTV Control Centres are starting to adapt to the process of streaming and sharing footage, eliminating the need for disk and USB sticks. Currently, when investigating officers are handed CCTV footage on a disk or USB stick, they must first attempt to find the file format. They can spend hours searching the Internet, as well as accessing dedicated forums trying, in a bid to identify the correct file viewing software. This is hugely inefficient and time-consuming and has knock-on effects through the entire criminal justice system.

For many investigating officers, collecting digital evidence is just the beginning. Often, putting all of the pieces together can be an even bigger challenge. There can be hours spent physically collecting CCTV footage from public and private systems within the vicinity of a criminal incident. This currently involves police officers acting as glorified couriers, driving to CCTV Control Rooms to manually download footage onto disks or USB memory sticks. It really is a huge waste of time and valuable resources.

As stated, there’s then the time-consuming process of sifting through the CCTV evidence in order to find the right frames. The move towards standardised digital facilities is incredibly important and could remove the need for disks to be personally collected from sites. By investing in crowd-sourcing and digital evidence management systems, police services will be able to invite businesses and the public to register their CCTV cameras in a secure portal. This makes the process of sourcing footage much easier and, most importantly perhaps, uses privately maintained HD footage for the benefit of the entire criminal justice system.

Value and impact of CCTV

As mentioned previously, the streaming of digital CCTV has many benefits and, with cuts on policing resources, there are varying reasons why such public agencies are keen to ensure the survival of CCTV monitoring and response operations. Local councils will be interested in public safety and traffic management, while police forces will want footage for evidence and detection of crime. 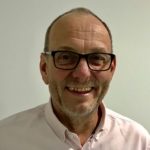 Digital CCTV footage provides an efficient and accessible way in which to gain clarity on a situation and build up a bank of evidence. That’s why it’s important that funding is retained. Police services can update local authorities on the extent to which CCTV has been useful, duly highlighting those investigations where CCTV has been significant to the case. Feedback can be provided on specific incidents to ensure continued support for this valuable resource.

There is most certainly a need to standardise, modernise and also demonstrate the value of CCTV, but it does feel like the UK is on the cusp of cracking what might best be described as ‘the CCTV conundrum’.