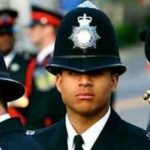 As crime changes, police forces must respond. Technological developments in recent decades – most notably the growth of the Internet – have digitised traditional forms of crime, providing new opportunities for fraudsters and drug dealers. Technology also creates a new front line of crime, which previously wouldn’t have existed. The implications of the fourth industrial revolution are yet to be fully understood. Today, almost half of crime relies on digital technology, and that statistic is highly likely to rise.

Law enforcement agencies must address this demand. Some of that demand will be met by central agencies, including the National Crime Agency and GCHQ, but much will be addressed by the 43 police forces across England and Wales. The greatest assets forces possess are the 198,684 officers and staff they employ.

The latest assessment paper produced by Think Tank Reform – which is authored by Alexander Hitchcock, Ruby Holmes and Emilie Sundorph – focuses on whether this workforce is currently fit to meet digital demand. To produce the report, Reform conducted interviews with over 40 police officers, members of police staff and Government officials and experts, visited five forces, held a focus group and analysed public data.

The report finds that a range of changes are required to make forces fit to fight digital crime. Different parts of the workforce will need to change in different ways, suggests the Think Tank. Nevertheless, the whole workforce requires better equipment, an enhanced understanding of digital demand and crime-fighting techniques and new (ie less hierarchical) working patterns. Police forces should make better use of secondments and introduce ‘on demand’ cyber volunteer units to help fight the most sophisticated types of crime (such as cyber attacks).

*Read the full 58-page report ‘Bobbies on the Net: A Police Workforce for the Digital Age’ here

Series of recommendations from Reform

On the back of the report, Reform has now made a series of ten key recommendations:

*Recommendation 1: The Home Office should create a new police digital capital grant to invest in digital infrastructure, worth around £450 million per annum, with funding coming from savings from accelerating Whitehall’s automation agenda. Government should set one of the public policy challenges in its Industrial Strategy Challenge Fund to be that of reducing crime and also invest in innovative new policing technology companies as part of that Industrial Strategy

*Recommendation 2: Police forces should use competitive procurement channels, such as the digital marketplace, to derive value for money when purchasing new technology

*Recommendation 3: Forces should work with the National Police Chiefs’ Council (NPCC) to extend force management statements, setting out how to meet demand in 15 years or more. Forces should create skills heat maps to understand the skills available to meet this demand

*Recommendation 5: The Home Office should create a digital academy to train cyber specialists, graduating around 1,700 police officers and staff members each year

*Recommendation 6: Police forces should aim to increase secondment numbers, seconding up to an extra 1,500 officers and staff

*Recommendation 7: Law enforcement agencies should seek to increase the number of cyber volunteers to 12,000 from 40, at least in part by offering more dynamic volunteering opportunities

*Recommendation 8: The Government should implement Sir Tom Winsor’s 2012 recommendation to introduce a system of compulsory severance for all police officers, and also to further allow force leaders to make officers redundant if they’re deemed to be underperforming

*Recommendation 9: Forces should have fewer than eight ranks, with five likely to be the optimum

*Recommendation 10: The Home Office should organise an annual ‘hackathon’-style convention to provide space for police forces to join national bodies and other experts in developing approaches designed to meet the new front line of crime

Response from the NPCC and the College of Policing

Responding to Reform’s report, the NPCC’s lead for digital intelligence and investigation, namely chief constable Stephen Kavanagh, said: “We continue to embrace the new world of ever-changing technology while adapting to the threats and opportunities that it presents for 21st Century policing. From body-worn video cameras through to the roll-out of cyber crime units and virtual courts, cutting-edge technology is becoming more and more intrinsic to operational policing.”

Kavanagh continued: “We’re working closely with the College of Policing to ensure that all police officers are equipped with the technological skills that their role demands, whether they’re new entrants or chief constables. Forces are also continuing to recruit digital experts who help officers make the most of the opportunities that the digital world presents.”

In conclusion, Kavanagh said: “Adapting to technological change means making full use of the diverse skills of all of our people. The recent Cyber Special Constable and Cyber Volunteers pilot demonstrated how our ‘Specials’ and volunteers can help the police service in meeting the challenges of changing demands.”

Oliver Cattermole, the College of Policing’s chief of staff, added: “The nature of the demand placed on policing has changed and it’s important that officers and staff are supported such that they can continue to keep the public safe. ​Almost any investigation can include an online element and that represents an evolving challenge for policing. The College of Policing is equipping people with the skills to investigate crimes with a digital element and, as well as developing a cyber crime investigation manual, we have to date trained 1,700 digital media investigators. In the longer term, moves to help policing develop as a profession can help officers and staff become more adaptable in responding to changing demand.”