Mitie Group plc, the facilities management (FM) and professional services company, has announced its financial and operational results for the year ended 31 March 2019. Revenue is up by an impressive 9.4% to £2.2 billion (the corresponding figure for the prior year being £2.0 billion) with organic growth at 5.5% reflecting strong performance from the business’ top strategic accounts. Operating profit before other items is up by a figure of 6.0% to £88.2 million.

It has been what Mitie describes as “another challenging year” with the FM sector remaining firmly in the spotlight. Despite this, the business grew its revenues and top line strategic accounts, reduced its period-end net debt and, as reported by Risk Xtra at the end of April, qualified for Phases I and II of the Crown Commercial Services FM Marketplace Framework, in turn positioning the company to win more work from central Government.

Commenting on these latest financials, Mitie Group plc’s CEO Phil Bentley stated: “The strategy of focusing on our larger businesses and strategic accounts where our technology offer is a true differentiator is now beginning to deliver value for shareholders. Over the Financial Year 2018-2019 we sharpened our focus by continuing to invest in customer service and technology and by exiting non-core businesses.”

In June 2017 the company’s cost-focused programme, designated Project Helix, was launched to kick-start Mitie’s transformation. Two years on, this has largely achieved the business’ aims. Mitie has exited the Financial Year 2018-2019 with run-rate cost savings of circa £45 million.

The process started by way of the business de-layering and removing central management heads both at Group level and within the divisions. IT, HR and Finance functions were standardised and centralised. For IT and Finance, the business also off-shored the majority of back office processes. SAP SuccessFactors was introduced within HR to manage all people-related matters, as well as temporary and permanent hiring solutions. 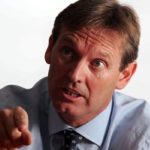 The final elements of this project will continue throughout Financial Year 2019-2020, with expected run-rate cost benefits (ie annual cost savings to the cost base following the finalisation of currently running programmes at the end of Project Helix) of circa £50 million by March next year.

Bentley continued: “Project Helix has provided solid foundations for Mitie’s future growth, enabling investments in our people, customers and technology. With the foundations now built, we’re moving to Project Forte which is focused primarily on driving simplicity and efficiency in Engineering Services. Together with our focus on strategic accounts and larger businesses, we should see continued improvement in the Group’s profits. At the same time, we’re making good progress in strengthening our balance sheet.”

Mitie Group plc expects to continue to grow revenues organically at 3%-4% in the medium term. For Financial Year 2019-2020, the expectation is for operating profit to grow at mid-single digits with revenue growth and cost savings partially offset by the dilutive effect of the Financial Year 2018-2019 contract renewals and continued reinvestment in the business. Project Forte and the ongoing focus on strategic accounts and larger businesses should drive operating profit margin in the medium term to reach the target of 4.5%-5.5%. 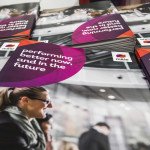 Mitie Group plc’s security division, which is headed up by managing director Jason Towse, delivered a strong financial performance. Good organic growth has been seen alongside a positive contribution from the VSG acquisition in October 2018.

Organic revenue grew by 5.8%, while overall revenue (including that realised by VSG) burgeoned by 24.2% to £536.5 million. The corresponding figure for Financial Year 2017-2018 was £432 million. Security guarding, technology solutions (including vetting services) and Document Management “all delivered good growth” following new sales wins and higher volumes of project and variable work.

However, Front of House performance was impacted by loss of key contracts in the prior year.

Operating profit before other items increased by 11.6% to £30.7 million driven by contract wins and operational efficiency initiatives as well as a positive contribution from VSG’s performance.

On that note, VSG has enjoyed a very encouraging start under Mitie’s ownership. After taking over a business which was trading at close to break-even, there’s now a faster improvement in margins than originally planned at the initial integration stage. VSG’s gross margin increased from 5% pre-takeover to 8% over its first trading period under Mitie Group plc’s ownership. 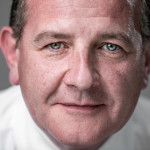 Technology solutions are increasingly contributing to the overall revenue growth of the security division and now account for 13% of the revenue (excluding VSG), driven by growth in fire and security systems, MiTec and vetting. MiTec is benefiting from the Detention and Escorting Services contract won by the Care and Custody division in December 2017, while vetting is moving into the corporate space on top of its strong position in aviation.

The division finished the year with good momentum following successful contract wins towards the end of Financial Year 2018-2019.

The Financial Year 2018-2019 statement reads: “The overall security market remains fragmented and security guarding remains competitive and highly commoditised. In this context, Mitie’s ability to provide a broader range of services gives a competitive advantage when bidding for and winning business. Retention is then enhanced through the application of technology. We will continue to derive benefits from the VSG acquisition where the performance of major contracts will continue to benefit from ongoing price renegotiations, reducing revenue leakage, walking away from sub-standard arrangements and re-aligning the cost base.” 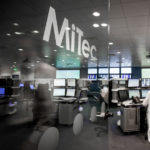 The VSG acquisition strengthened the position of Mitie’s security business as one of the leading providers of integrated and risk-based security services in the UK. The combination offers opportunities to accelerate the growth of Mitie’s premium systems and technology-enabled and intelligence-led security solutions.

Significant progress has already been made in integrating VSG, aligning both operations and technology capabilities. Operations have been consolidated into the new Global Security Operations Centre (GSOC), a single hub located in Northampton. This is designed to serve as a centre for intelligence and security industry experts with cutting-edge software tools to capture, translate, geo-locate and alert to any major global incidents.

The GSOC will become a hub for the development of Mitie’s intelligence cell and house the interactive Customer Control Centre where the business undertakes live CCTV monitoring. In addition, the business is employing “innovative and unique” methods of collating actual incidents and crime reports overlaid with national crime statistics to dynamically risk-rate individual locations with a view towards driving the efficient deployment of security resources for customer sites.

MiTec will be retained as the company’s primary Alarm Receiving Centre (ARC) responsible for delivering a wide range of remote services including CCTV, intruder, fire, access control and lone worker monitoring and dedicated client Help Desks. A secondary ARC at the Northampton GSOC will provide MiTec with added resilience.