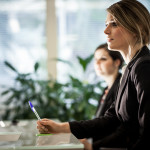 For the fifth year in a row, FTSE 250 facilities management company Mitie has been named as one of The Times’ Top 50 Employers for Women. The company places huge importance on attracting, developing and retaining the very best female talent while at the same time providing a supportive and inclusive environment for all of its people.

Both the company’s CEO Ruby McGregor-Smith CBE and finance director Suzanne Baxter are female – a rare double act for a large FTSE-listed company.

Inclusion in The Times’ list, which is published in partnership with Opportunity Now (the workplace gender campaign from Business in the Community), demonstrates Mitie’s strong leadership in workplace gender equality and the business’ culture of diversity and inclusion.

Indeed, Mitie absolutely recognises diversity as a key differentiator within the FM sector and has continually maintained a strong focus on gender balance through involvement in both internal and external schemes designed to promote equality. These schemes include:

*Re-launching an internal Women’s Focus Group (entitled Women of Work) across the business, specifically focused on women returning to work after maternity leave 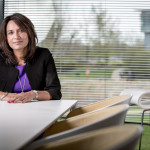 Ruby McGregor-Smith CBE is the first Asian woman to lead a FTSE 250 company. Also chairman of the Women’s Business Council, McGregor-Smith stated: “We’re thrilled to be included in The Times’ Top 50 Employers for Women for the fifth consecutive year. Women make up a large proportion of our business and are hugely important to our continued success. I’m passionate about providing all people with the opportunity to succeed, and am delighted that we’ve been recognised once again for the contribution we continue to make in terms of championing women’s involvement in the workplace.”

Kathryn Nawrockyi, Opportunity Now’s director of Business in the Community, enthused: “Congratulations to Mitie on being included in The Times’ Top 50 Employers for Women 2015. The business has recognised that placing inclusive behaviours at the core of what it is they do and making gender equality a business priority not only benefits the women they employ, but also the organisation as a whole as well as the clients, customers and communities whom they serve.”

Nawrockyi also commented: “Mitie’s dedication and commitment to driving change should educate and inspire other employers to make a difference, whatever their size or sector.”