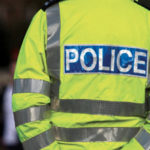 Facilities management company Mitie has been awarded a new five-year contract with the Scottish Police Authority (SPA) and the Scottish Fire and Rescue Service (SFRS) to provide hard FM services for their buildings across Scotland and the Islands.

Formally established on 1 April 2013, the SPA is the second largest police force in the UK, directly responsible for policing across the length and breadth of Scotland, which extends to a geographical area of some 28,168 square miles.

Also established on 1 April 2013, the SFRS brings together the collective skills and experience from Scotland’s previous eight Fire and Rescue Services to create a safer Scotland.

Valued at £52 million (excluding VAT) over its five-year period, the new contract will see Mitie providing a range of services to the SPA and SFRS’ combined estate of around 950 properties, including mechanical and electrical maintenance and installation works, fabric maintenance, grounds maintenance and capital project works.

Mitie will also work with the SPA and SFRS to help them develop a sustainability strategy in direct support of the Scottish Government’s ‘Greener Scotland’ strategic objective.

The SPA and the SFRS carried out a joint tender exercise in order to consolidate the FM delivery across their estate, currently comprising over 300 suppliers, into an integrated model delivered by a single provider. Mitie was awarded the contract due to its expansive service capability supported by a single national Help Desk, the business’ innovative use of asset management technology and its ability to provide local community benefits through an award-winning apprenticeship scheme and employment programmes.

Phil Holland, managing director for Mitie’s FM business, told Risk UK: “We’re proud to be partnering with the Scottish Police Authority and the Scottish Fire and Rescue Service on this new contract. I’m confident that our nationwide capability and innovative approach to asset management will help the SPA and the SFRS streamline their FM delivery, and ultimately assist them in creating a safer and more sustainable Scotland.”

Now in their 18th year, the prestigious awards have consistently broken new ground in highlighting the very best people, projects and processes that the security and fire business sectors have to offer.

The first accolade awarded to Mitie comes in the Best Deployment of Lone Worker Technology category, in recognition of the business’ unique offer derived in conjunction with its partner Lone Worker Solutions.

The Judges were impressed with the solution implemented at Northumbrian Water, which demonstrates how device agnostic solutions have enabled the client to protect all of its lone workers, resulting in an improved organisational culture and employees feeling more valued and looked after in the workplace.

The second win was for Mitie security manager Jason Costello, who picked up the award for Security Manager of the Year due to the innovation and technology enhancements he brings to the contract at Oxford Brookes University.

Notably, Costello has developed a number of new student engagement campaigns, including security awareness sessions, security bike marking and international arrival engagement, all of which has prompted students to think about their property and safe behaviour when on Oxford Brookes University’s premises.

Jason Towse, managing director at Mitie TSM, commented: “I’m delighted with our wins. It was a fantastic event, and I’m extremely proud of the entire team. These awards are the result of everyone’s hard work during the year.”