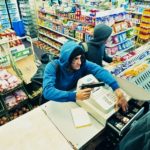 The Association of Convenience Stores has welcomed a raft of new commitments on tackling retail crime announced by Home Office minister Victoria Atkins and has urged Government to ensure that tackling shop theft is included in upcoming work scheduled to deal with violent crime.

In a letter sent to MPs and organisations (including the Association of Convenience Stores) who attended a ministerial round table meeting on retail crime last month, Atkins sets out a number of commitments to address the issue of violence and abuse against retailers.

There’s a Call for Evidence on violence and abuse towards shop workers to help ensure the Government fully understands this issue and considers all options for addressing it. Funding is needed for the sector to run targeted communications activity to raise awareness of the existing legislation in place to protect shop workers.

Also necessary is a ‘refresh’ on the work of the National Retail Crime Steering Group on Violent Crime. An EGM of the Steering Group planned for 7 February will focus exclusively on violence and abuse toward shop workers.

Association of Convenience Stores CEO James Lowman said: “We welcome the minister’s recognition of violence against shop workers as a serious issue that affects thousands of people on a regular basis. Tackling violence against shop workers on the front line must be a key priority for all authorities, all the way from central Government through to Police and Crime Commissioners and local beat police. This must include targeted action to deal with shop theft, which is one of the most common triggers of abuse along with challenging attempted underage sales.”

The Association of Convenience Stores has also reiterated its calls for all Police and Crime Commissioners to pledge to ensure that police forces take shop theft and abuse of staff seriously and purposefully respond to incidents as and where they’re reported.