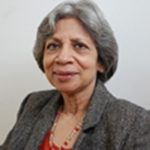 Speaking about the appointment, Home Secretary Amber Rudd explained: “Millie Banerjee’s experience and knowledge of the College of Policing Board will be of great value over the coming months, and absolutely help to maintain pace and momentum for its hugely important work.”

Ms Banerjee has enjoyed a long and varied career in the private and public sectors. She spent 25 years with BT in senior operations and customer service roles, culminating with a role as the director of BT Products and Services, following which she was the COO at ICO Global Communications.

Banerjee is currently the chair of Working Links. She’s also a Board member of the East London Foundation Trust and has held several non-executive appointments, including a non-executive directorship of the Cabinet Office, Channel 4, the Prisons Board, the Peabody Trust and Ofcom.

Banerjee was formerly the chair of Postwatch, the postal regulator Postcomm and the Carnegie UK Trust, and has just concluded a seven-year term as chair of the British Transport Police.

On her new role, Banerjee commented: “I’m very honoured to be asked to fulfil the role of the interim chair of the College of Policing. The College of Policing has an ambitious agenda, and I’m looking forward to working with the Board and members of the executive team to continue with the momentum achieved by my predecessor on ensuring that we build both a strong and effective membership organisation.”

The College of Policing will now re-open its search for a high quality candidate to join its leadership team following an initial recruitment process. Ultimately, this didn’t lead to the appointment of a new full-time chair.