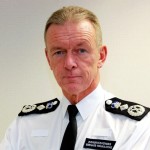 Following on from a detailed article published in The Times on Thursday 24 March, the Metropolitan Police Service has stated that it’s wrong for anyone to interpret Commissioner Sir Bernard Hogan-Howe’s comments, which were made as part of a wide-ranging interview on policing, as a proposal that fraud victims should not be compensated.

The Met’s statement reads: “The Commissioner’s comments have been reported fairly in The Times’ article. Sir Bernard Hogan-Howe made it clear that, in line with traditional crimes, prevention is essential and that we all have a responsibility to stop criminal behaviour. His comments focused on consumers who don’t take basic precautions such as adequate password protection and security measures. It’s not a blanket proposal for all online fraud victims. It has a parallel with insurance companies who do not pay out on claims if the front door isn’t secure or the car left unlocked. To suggest otherwise is misleading.”

During the interview, the Metropolitan Police Service Commissioner was asked about the responsibility of banks to prevent fraud and said: “If there’s a statutory duty to prevent crime happening, and that’s regarded as a very powerful thing, then it’s part of your decisions about the design of other things so you design a way of banking that’s less likely to introduce fraud. Of course, any company has to decide: ‘Do I have a competitive advantage?’ ‘Do my customers want it?’ ‘Are they prepared to pay for it?’ There’s all that they have to go through. My argument is to at least consider design. Car designers decided 20 years ago to make cars harder to steal and it worked for a long time.”

In The Times interview, Sir Bernard Hogan-Howe went on to discuss steps people can take themselves in order to prevent crime. He said: “On the Internet, 90% of attacks online can be prevented by merely updating your propriety software. At the moment, I would argue that there’s no incentive for you to do anything to protect yourself or update your software, so if you get your card hacked in one way or another you get your money back. I go to public meetings every four weeks and somebody will ask about cyber crime. I ask those in the room how many people have been attacked either online or had their card compromised in some way and you can have two-thirds of the room put their hand up. I then say: ‘Keep your hand up if you’ve lost any money. One or two (keep their hands up)”

The Commissioner continued: “The system isn’t incentivised for you to protect yourself. If someone were to say: ‘Look, if you’ve not updated your software I’ll give you half back’ you would do it. Personally, on my system I have a proprietary security software. I received an update a few months ago and it sat there for months. I didn’t quite get around to it. I don’t suppose I’m much different to anyone else, but I guarantee if someone said to me if your card is ‘done’ or something happens online I’ll give you nothing back, you would change your behaviour.”

In conclusion, Sir Bernard Hogan-Howe explained: “You can incentivise people to protect themselves. My broad point is that if you’re continually rewarded for bad behaviour then you will probably continue to do it. If the obverse is true, you might consider changing your behaviour.”

Lucy Hastings, director at the independent charity Victim Support, has responded to the original article in The Times.

“We know from our experience of reaching out to thousands of fraud victims every year that many never come forward because they feel ashamed or embarrassed that they’ve fallen victim to fraud,” asserted Hastings. “Unfortunately, these comments only serve to reinforce these perceptions and may further discourage people from seeking help.”

Hastings continued: “Victims of fraud are not to blame for the crime and the losses they have suffered. Fraud can have devastating emotional as well as financial effects, leading to victims feeling vulnerable, violated and isolated. Victims should never feel ashamed to come forward, and they deserve to be treated with respect and to receive the support they need.”

George Quigley, partner in the cyber security practice at KPMG UK, has commented on the suggestion that banks should consider no longer refunding some online fraud victims.

“There needs to be a balance between consumers taking reasonable steps to protect themselves and banks putting in place measures to safeguard the consumer,” outlined Quigley. “Unfortunately, consumers don’t always know about or see all of the frauds that are going on and, therefore, will find it hard to protect themselves from all of the various deceptions that happen on a daily basis. Banks, on the other hand, see a fuller picture on fraud and are, therefore, better placed to implement controls to prevent it.”

Quigley continued: “Traditionally, banks have focused on speed and ease of transactions. Perhaps in the future, consumers will need to become accustomed to transactions taking longer and more checks being applied. The biggest worry is that banks will most likely be reluctant to inform consumers of the frauds they’re seeing.”

In conclusion, Quigley said: “Perhaps there’s a role here for the police to inform consumers? The solution may well be a mix of consumers doing the right thing, banks putting in place appropriate measures and law enforcement informing consumers to prevent online fraud.”

A convicted fraudster has revealed to the City of London Police’s Proactive Intelligence Team how criminal gangs are recruiting unsuspecting members of the public as ‘Money Mules’ as a means towards laundering the proceeds of crime.

The fraudster said: “Adverts are placed in foreign newspapers to recruit people to come to the UK and open fraudulent bank accounts. They’re described as ‘No experience necessary. All expenses paid working holiday in London.’”

Money Mules continue to be used as a key facilitator of fraud and are used as a way to evade detection from the police. A money mule is someone who’s recruited by a criminal or a group of criminals to sometimes unwittingly transfer illegally obtained money between different bank accounts. Money mules receive the stolen  funds into their account and are then asked to withdraw it and wire the money to a different account, often to one overseas, while also keeping some of the money for themselves.

As soon as the mule involves themselves in this activity they’re linked o something that could see them spending 14 years in jail.

In an assessment conducted by the Home Office, it was found that serious organised crime cost the UK £24 billion in 2013. That figure is now thought to be even higher, and it’s known that money mules have a large part to play in this particular statistic.

City of London Police Commander Chris Greany, who’s the Police National Co-ordinator for Economic Crime, said: “The City of London Police has recently been working with the National Crime Agency (NCA) on a large operation which saw over 700 money mules being identified across Europe and 81 individuals arrested. This proactive work highlights the extent of this type of criminality, and also how easy it can be for people to unknowingly become involved in organised crime.”

Greany added: “We will continue to build on our relationship with the NCA and European law enforcement agencies to ensure that money mules are prevented from fostering a cycle of illegal activity.”