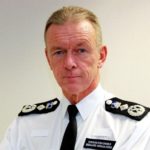 Metropolitan Police Service Commissioner Sir Bernard Hogan-Howe QPM has issued a detailed statement on the “very real threat” now posed by acts of terrorism, and observed that defeating terror is as much about refusing to be afraid as anything else.

In a blog published on the Metropolitan Police Service’s website, Sir Bernard Hogan-Howe said: “We’ve all watched the recent terrorist atrocities unfold with a terrifying and depressing sense of horror and dread. I know that, with each new outrage, and particularly those on our doorstep in Europe, there’s a greater sense of fear that Britain will be the next victim in this wave of cruel and mindless mass murder. I feel and understand that fear and, as the police officer in charge of preventing such attacks, I know that you want me to reassure you. I’m afraid I cannot do that entirely.”

The UK’s terrorism threat level has been set at ‘Severe’ for two years now, which is where it remains at this point. In short, this means that a terrorist episode on the mainland is highly likely. “You could say it’s a case of ‘When’, not ‘If'” stressed the Commissioner.

Hogan-Howe went on to state: “Where I can offer reassurance is in answering the other questions I know that you so often ask of yourselves, your loved ones and friends. Why and how has it not happened here yet? What are we doing to prevent it? How will the police service protect me when it does?”

The Commissioner continued: “What I can say is that we’ve not had a terrorist murder since the barbaric attack on Lee Rigby. I can point to the plots we’ve foiled, including terrorists who we’ve put behind bars after we foiled their advanced plans to murder police officers leaving Shepherd’s Bush Police Station to walk their beats. Another saw a British-based terrorist with advanced plans to carry out a Lee Rigby-style attack on US soldiers, using a car and knives to murder the servicemen and potentially detonate a bomb as part of the murderous plot. The individual concerned was thwarted thanks to joint work by the police service and MI5.”

When Hogan-Howe was a beat Bobbie in South Yorkshire, the starting point had to be that officers wanted to stop the bad guys and the gangs before they bullied the families resident on their patch. “Now, like then, I don’t want to admit any crime, let alone these kinds of terrorist atrocities, is likely to happen on our watch, but that’s what the ‘Severe’ threat level means.”

According to Hogan-Howe, there are lots of things working in the police service’s favour. “The relationship between MI5, MI6 and the police is a world-beater. It has given us an advantage in intelligence and, ultimately, foiling plots. My team at Scotland Yard co-ordinates the national police effort across the country, working with specialist hubs in other regions. In short, we have a professional, joined-up and national network of intelligence-led investigations.”

Extending that theme, the Commissioner opined: “Our gun controls and the simple fact we’re an island means that terrorists in the UK would struggle to access the firearms required to repeat attacks similar to those we’ve seen on the continent. This gives us a solid base as it means the UK environment is immediately hostile to the terrorist.”

Hogan-Howe also touched on the British way of life and culture. “First, the majority of our officers are unarmed. I truly believe this gives us a far healthier relationship with the people whom we police. Our neighbourhood officers – the ones who know their streets, who know their environment and who know many of the names of the people in their communities – are our major weapon. They’re our eyes and ears on the street. Second, there’s our tolerance and acceptance. Our approach towards Muslims is no different because these attacks purport to be committed in the name of Islam. We don’t stigmatise the millions of British Muslims whose values and faith completely reject the terrorists’ litany of hate. We’re a nation that accepts difference, but looks to build communities with shared values. We should be proud of that fact. It’s another reason why the UK’s a hostile environment for those intent on murderous terrorism. It means that the vigilance of our officers is backed-up by millions more pairs of eyes and ears. These are whole communities united in defeating terrorism.”

Even with this solid foundation to prevent attacks, though, Hogan-Howe has resolved to renew the police service’s focus on what will be done when terrorists do manage to breach these defences.

“Within hours of the terrible events in Paris last November, I recognised that the attack we had witnessed just 200 miles from London required a huge response. We’ve increased the number of specially-trained and equipped officers who would go forward and confront these kinds of heavily-armed terrorists. Initially, this was through longer shifts. Now, our resilience has increased as all Metropolitan Police Service officers who carry a gun have been trained to go forward and take the initiative in the face of a new terrorist threat. Meanwhile, we’re training hundreds of extra officers so that they’re ready to supplement our numbers during an attack similar to that seen in Paris. This increases our overall numbers of firearms officers by 600 to 2,800.”

This increases the police service’s firearms capacity significantly at a time of crisis. “Although we cannot talk about the tactics of how many firearms officers we have on the street at any one time our uplift, increased hours and dedicated resourcing means that our 24/7 immediate response specialists who can go forward and confront the most terrible of threats is increasing three-fold. Significant numbers of officers are ready to take on an attack.”

The Commissioner explained: “For the first time, our team of counter-terrorism specialist firearms officers who train for the very highest attack risk are ready 24 hours a day. They have the rope, marine and other advanced skills needed to tackle the toughest of challenges. All of the UK’s armed officers are brave men and women who have volunteered to put themselves on this new and ever-shifting front line.”

Hogan-Howe added: “I’d ask you to put yourself in their shoes just for a few moments. Imagine that, if heavily-armed murderers were roaming our streets intent on killing public and police officers alike, it’s your job and your duty to confront them. That you may have to go forward and that you could be killed in doing so. We encourage members of the public to ‘Run, Hide and Tell’. We ask these officers to run in the opposite direction to you. They’re paid no more for this task. They have families. They’re as attached to living life as us all, but they do this for you. They do this knowing that their split second decision-making will be scrutinised in post-incident investigations that can sometimes last for many years. I’m sure they have your gratitude.”

The Commissioner outlined: “I realise that some of what I’m saying here isn’t reassuring. I hope that some of it is more so. The threat we all face is very real. No-one watching events in Europe can think otherwise, but it’s important that we have a shared understanding of the work that goes on every day to stop terrorist attacks from happening and to prepare for the time when we are faced with this terrifying threat.”

In the words of the Commissioner, London is “hostile to terrorists” and a place the world wants to visit and invest in, and rightly so. “Help us to keep it that way – be our eyes and ears against terror – but also enjoy it. We should be positive and welcome our freedoms. Yes, these can feel like dark and desperate times. I feel that too sometimes, but defeating this terrorism is as much about refusing to be afraid as anything else. Refusing to change our beliefs, our values or our way of life. We will not become like them. We will not hate. We will not be cowed and, because of this, they will never win.”