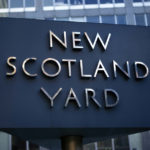 From January 2017, the Metropolitan Police Service will begin testing a proposed restructure of local policing. This will entail moving from a Borough-based policing model to Basic Command Units (BCU). The new approach will be tested in two areas, duly bringing together the Barking and Dagenham and Redbridge and Havering Boroughs and the Camden and Islington Boroughs.

Boroughs vary in size, have different ways of doing things and harbour different resources and demands. Unfortunately, this can mean that demand is difficult to manage, while the flexibility required to meet new policing challenges is limited.

To deliver a service to local communities which is efficient, flexible and fit for the future, the Metropolitan Police Service is testing a change to the way in which local policing is managed across London. The new model brings together the management of neighbourhoods, response, investigation and the protection of vulnerable people.

The Met has been considering moving from the traditional 32-Borough model to a smaller number of larger units for some time now, and has been speaking to partners – among them local councils and the London Mayor’s Office for Policing and Crime (MOPAC) – about how this might be taken forward.

By testing the model first, the Met and those partners can assess how it works and if the predicted benefits materialise as practical reality.

Each test BCU will be led by an interim BCU commander (ie a chief superintendent supported by four superintendents). Each Borough within the BCU will have a dedicated superintendent. Superintendents will have cross-Borough leadership for one of the core local policing functions: neighbourhoods, response, investigation and protecting vulnerable people.

People, buildings, technology and vehicles will all be shared across the Boroughs within the BCU.

This change will not impact the Met’s commitment to increase Dedicated Ward Officers (DWOs) from one to two in each ward as announced earlier this year. In the test sites, the number of DWOs will be increased further.

Any further roll out of this new model will be informed by the results from these test sites.

Change is important for the Met

Deputy Assistant Commissioner Mark Simmons, who’s responsible for the BCU test, said: “Change is important for the Met to remain operationally effective in the evolving policing landscape. We want to invest more in neighbourhood policing and protect vulnerable people across London as well as make sure we’re able to deal with predicted increases in demand. We also want to implement a way of investigating crime that’s more focused on what victims need and can be even more effective in tackling serious offending.”

Simmons concluded: “In order to achieve these goals and improve upon the service we give to Londoners, we’re testing this approach to ensure that it meets our commitments to communities and provides best value for the Boroughs of London.”

Sophie Linden, the Deputy Mayor for Policing and Crime, responded: “Restoring real neighbourhood policing is our top priority. We want people to know their local officer, to build the trust of communities and for people to have the confidence to report crime to the police.”

Linden continued: “We’ve already announced a second dedicated neighbourhood officer across London by the end of 2017, but we want to go further and ensure that the right specialist resources are in place to tackle more complex issues. To achieve this, the Met believes it needs to organise itself in fewer and larger units, reducing the amount spent on management and maximising that spent on operational policing. These ‘pathfinders’ will test new ways of working in partnership.”

In addition, Linden observed: “Further evaluation and consultation will follow, after which – and alongside our new Police and Crime Plan – decisions will subsequently be taken on the best way to deliver our commitment to real neighbourhood policing.”