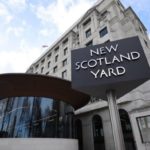 The Metropolitan Police Service is to begin the operational use of live facial recognition technology. The use of such technology will be intelligence-led and deployed to specific locations in London. This will help to tackle serious crime, including serious violence and gun crime, and assist in protecting the vulnerable.

The technology, from NEC, provides police officers with an additional tool to assist them in doing what officers have always done – to try to locate and arrest wanted people.

The Met has stressed that this isn’t a case of technology taking over from traditional policing. Rather, it’s a system which simply gives police officers a ‘prompt’, suggesting ‘that person over there may be the person you’re looking for’. It’s always the decision of a given officer whether or not to engage with someone.

Assistant Commissioner Nick Ephgrave said:“This is an important development for the Met and one which is vital in assisting us in bearing down on violence. As a modern police force, we have a duty to use new technologies to keep people safe in London. Independent research has shown that the public supports us in this regard. Prior to deployment, we will be engaging with our partners and communities at a local level.”

Ephgrave continued: “We’re using a tried-and-tested technology, and have taken a considered and transparent approach in order to arrive at this point. Similar technology is already widely used across the UK in the private sector. Ours has been trialled by our technology teams for use in an operational policing environment.”

Duty to deploy the technology

Further, Ephgrave observed: “Every day, our police officers are briefed about suspects they should look out for. Live facial recognition improves the effectiveness of this tactic. Similarly, if it can help locate missing children or vulnerable adults swiftly, and keep them from harm and exploitation, then we have a duty to deploy the technology to do this.”

The Metropolitan Police Service will begin operationally deploying live facial recognition at locations where intelligence suggests that it’s most likely to locate serious offenders. Each deployment will have a bespoke ‘Watch List’ made up of images of wanted individuals, and predominantly those wanted for serious and violent offences.

At a deployment, cameras will be focused on a small, targeted area to scan passers-by. The cameras will be clearly signposted and officers deployed to the operation will hand out leaflets about the activity. The technology, which is a standalone system, isn’t linked to any other imaging system, such as CCTV, body-worn video or ANPR.

Ephgrave concluded: “We all want to live and work in a city which is safe. The public rightly expects us to use widely available technology to stop criminals. Equally, I have to be sure that we have the right safeguards and transparency in place to ensure that we protect people’s privacy and Human Rights. I believe our careful and considered deployment of live facial recognition strikes that balance.”

Responding to news that the Metropolitan Police Service will now use live facial recognition surveillance in London operationally, Silkie Carlo (director of Big Brother Watch) said: “This decision represents an enormous expansion of the surveillance state and a serious threat to civil liberties in the UK. It flies in the face of the independent review showing the Metropolitan Police Service’s use of facial recognition was likely unlawful, risked harming public rights and was 81% inaccurate.”

Carlo added: “This is a breathtaking assault on our rights and we will challenge it, including by urgently considering next steps in our ongoing legal claim against the Met and the Home Secretary. This move instantly stains the new Government’s Human Rights record. We would urge an immediate reconsideration.”

Liberty has condemned the Metropolitan Police Service’s announcement as a sinister step.

Clare Collier, advocacy director at Liberty, observed: “This is a dangerous, oppressive and completely unjustified move by the Metropolitan Police Service. Facial recognition technology gives the State unprecedented power to track and monitor any one of us, destroying our privacy and our free expression.”

Collier also said: “Rolling out a mass surveillance tool that has been rejected by democracies and embraced by oppressive regimes is a dangerous and sinister step. It pushes us towards a surveillance state in which our freedom to live our lives free from State interference no longer exists.”

Perspectives of the ICO

In October last year, the Information Commissioner’s Office (ICO) concluded its investigation into how the police service uses live facial recognition technology in public places. That investigation found there was sufficient public support for the use of such technology, but also that there needed to be improvements in terms of how the police authorised and deployed the technology if it was to retain public confidence and address privacy concerns.

The ICO has received assurances from the Metropolitan Police Service that it’s considering the impact of this technology and is taking steps to reduce intrusion and comply with the requirements of data protection legislation. The ICO expects to receive further information from the Met regarding this matter in the forthcoming days.

The Met has committed to the ICO that it will review each deployment, while the ICO will continue to observe and monitor the arrangements for (and the effectiveness of) its use.

The ICO commented: “This is an important new technology with potentially significant privacy implications for UK citizens. We reiterate our call for Government to introduce a statutory and binding Code of Practice for live facial recognition as a matter of priority. The Code will ensure consistency in how police forces use this technology and improve clarity and foreseeability in its use for the public and police officers alike. We believe it’s important for Government to work with regulators, law enforcement, technology providers and communities to support the Code.”

The ICO concluded: “Facial recognition remains a high priority for the ICO and the public. We have several ongoing investigations. We will be publishing more about its use by the private sector later this year.”