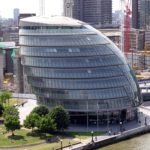 City Hall has played host to a meeting between security experts, including representatives from the Metropolitan Police Service and London’s Boroughs, as part of ongoing work to ensure London is as prepared as possible to respond to the threat of a terrorist attack.

The ‘London At Critical’ event is one of a number of meetings that are regularly held between the Met and London’s businesses and council chiefs to oversee the implementation of the Government’s counter-terrorism strategy in the capital. Among those present at the latest meeting were Lord Toby Harris of Haringey, whom the Mayor has appointed to carry out a full and urgent review into London agencies’ ability to cope with multiple simultaneous incidents.

The meeting was organised by the London CONTEST Board, itself created last year by the Mayor’s Office for Policing and Crime (MOPAC) together with the Met and London councils.

Sophie Linden, deputy mayor for policing and crime, said: “Partnership working is vital to ensure a fast, effective and streamlined multi-agency response in the event of a terrorist attack. Events like this provide the opportunity to play out scenarios and share information, helping to ensure London is able to cope should the worst happen. As well as ensuring our uniformed services are prepared for all scenarios, we’re also working closely with the police service and local communities to root out extremism, stop the spread of vile ideologies and encourage the integration of communities across the capital.”

Attendees at the gathering also included CEOs from all London Authorities. Councillor Lib Peck from London Councils spoke about the importance of London leadership and partnership working, while Sophie Linden set out the Mayor’s priorities on keeping London safe. Lord Toby Harris also addressed the meeting.

Boasting a long and distinguished career overseeing counter-terrorism and security both in London and at a national level, Lord Harris explained: “Our agencies and the Emergency Services work extremely hard every single day to keep Londoners safe. Meetings like this one are vital as part of our ongoing contingency plans and to see whether existing arrangements can be made even more robust. The review of London’s terror preparedness is intended to be thorough and wide-ranging so as to provide the Mayor with advice on any action that needs to be taken.”

The London CONTEST Board builds on the work of the Government’s Prevent strategy, which aims to tackle radicalisation and extremism, as well as the London Resilience Forum, which helps organisations to share information and expertise.

Assistant Metropolitan Police Service Commissioner Mark Rowley, the national lead for counter-terrorism policing, commented: “The Metropolitan Police Service is constantly testing and exercising London’s preparedness, and this procedure will continue for as long as the threat level remains at ‘Severe’, which means that an attack is highly likely. We’re working with London’s local authorities and other key partners to test our preparedness in the event of a successful attack getting through. This is part of the UK’s ongoing contingency planning which members of the public would expect us to fulfil at this time of heightened threat.”

Rowley continued: “The Met and the national counter-terrorism policing network are working tirelessly with partners to confront the terrorist threat. This includes arresting those who are planning, preparing for or funding terrorism, working with communities to prevent people being drawn into violent extremism and carrying out protective security operations designed to make London and, indeed, the UK a hostile environment for terrorists.”

Attendees at the gathering also took part in a Workshop exploring the challenges local authorities would face in the wake of a terrorist attack, and how they would respond.

Councillor Lib Peck, the London Councils’ executive member for crime and public protection, stated: “London’s Boroughs are keen to play their part in ensuring the impact of any increased threat level is kept to a minimum, working with partners across London including the Mayor, the Emergency Services, the NHS and businesses to share resources, information and expertise. In times of crisis, trusted local leadership is absolutely vital.”