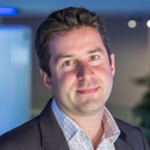 Martin Bell FIWFM has been appointed as the next chairman of the Institute of Workplace and Facilities Management (IWFM). Bell has worked in the FM profession since the age of 20, when he took his first job as facilities co-ordinator at Nortel, before embarking on a graduate programme at Johnson Controls.

22 years on, Bell now has a leading role at Nestlé Workplace Solutions, providing global facilities management guidance to many businesses.

Bell joined the IWFM at the grade of Member and subsequently worked his way up through the ranks to the Certified grade before becoming a Fellow, the status for which he was awarded at 2018’s AGM – a year to the day, in fact, before he would accept the chairman’s role.

Bell has volunteered with the IWFM since 2012 as a member of the FM World (now Facilitate) Editorial Advisory Board as well as the Audit & Risk Committee – from which he now steps down due to his new role – and then as a Board member.

Behind Bell’s passion for the FM profession and the Institute itself is a desire to assist in professional growth and to help individuals get to where they really want to be, to make sure they’re fulfilled in their jobs and constantly moving forward. He has many plans in place in terms of how he’ll aim to support the Institute in his time as chairman.