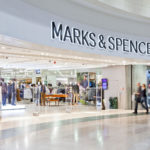 The average combined score of the 100 firms was 46.8%, indicating that there’s still more work ahead. Those in places 1-10 averaged a combined score of 76.1%, outperforming the whole by 29.3%. Almost all (97, in fact) organisations of the FTSE 100 assessed in the study have filed reports detailing their actions and intent to be compliant with the Modern Slavery Act Transparency in Supply Chains Section 54.

Dr Shamir Ghumra, BREEAM director at the BRE (which has developed the Ethical Labour Sourcing Standard BES 6002 that supports companies to understand the profile of their social/ethical governance, including their Human Rights challenges) said: “The Index provokes the largest UK organisations by market capitalisation to continuously improve their governance performance. Modern slavery and Human Rights abuses are iniquitous and, sadly, all-too-rife in the UK and globally. The International Labour Organisation estimates that it’s a $150 billion industry with human beings targeted by criminals for financial gain. However unwittingly, through their global supply chains some businesses are complicit. The Global Governance FTSE 100 League Table shines a light on the issue to bring about its earliest eradication.”

Modern Slavery is an ‘umbrella’ term for labour exploitation, forced labour, child labour and human trafficking. In 2017, 5,145 potential victims were referred to Britain’s National Referral Mechanism, representing a 35% increase on the previous year.

The FTSE 100’s combined market capitalisation is £1.9 trillion (September 2018), employing 6.8 million people worldwide. They own circa 30,000 subsidiaries worldwide, while more than 70% of revenues are derived from international markets. While most of the companies on the Global Governance FTSE 100 League Table are largely compliant with the ‘Modern Slavery’ disclosure requirements of the law, only 25 companies are 100% compliant.

Another matter is the spirit of the Modern Slavery Act statements, proxied through the application of industry good practice in anti-slavery supply chain measures. The average good practice score of the cohort was only 25.5%. Only two companies, namely Marks & Spencer Group plc and Tesco plc, achieved a score above 70% in the 24 good practice indicators analysed. These include adherence to principles such as ‘employer pays’ and having established ‘whistle-blowing’ channels.

Over time, it’s expected that organisations’ percentage scores will improve as their understanding, maturity and ability to manage the challenges are met and subsequently reported. The Global Governance FTSE 100 League Table is published biannually in October and April.