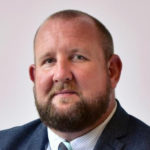 Cifas, the UK’s leading fraud prevention service, has appointed Mark Courtney as chief product officer. Courtney boasts a wealth of expertise in fraud, identity verification and identity assurance having worked globally across multiple sectors in the space. In his role at Cifas, he’ll work with the team to develop its existing product suite, as well as build future propositions for new and existing markets.

Courtney joins Cifas after almost two decades in key industry roles. During his 16 years at GBG, he led the product management team for its identity verification suite, managing the launch of the industry’s first truly electronic identity verification service in 2004. He went on to become the general manager, running both the Identity Verification and Identity Assurance divisions.

For the last two-and-a-half years before joining Cifas, Courtney held the position of head of product and engineering for TruNarrative, playing a key role in positioning the start-up organisation as a significant presence in the industry.

Of his new role, Courtney said: “Since joining Cifas I’ve been really impressed with the incredibly high quality of its services as well as the dedication and skill of its people. There’s a commitment and drive to constantly evolve our services to members as well as the wider industry, and a real dedication from all levels to ensure that our products are indispensable in fighting fraud and financial crime. I’m excited to have this opportunity to help Cifas maintain its position at the forefront of the industry.”

Mike Haley, CEO of Cifas, added: “Mark brings a wealth and depth of experience from his time at GBG and TruNarrative. I’m delighted he’s now bringing his expertise to an already highly-skilled team and believe his appointment demonstrates the positive direction in which Cifas is heading. We’re perpetually looking for ways in which to innovate and pioneer new products and services to protect our members and consumers from fraud and financial crime. Having Mark on board will be a key part of that.”