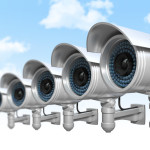 Cloud-based video surveillance specialist Cloudview has just published the results of new research showing that, while the majority of CCTV systems may protect an organisation’s physical assets, they also provide an open door to cyber attackers.

The research – carried out by independent consultant Andrew Tierney on behalf of Cloudview and published in a new White Paper entitled: ‘Is Your CCTV System Secure from Cyber Attack?’ found major vulnerabilities in both traditional DVR-based CCTV systems and cloud-based video systems.

The security flaws inherent in almost all CCTV systems make it all-too-easy for intruders to hijack connections to the device’s IP address, in turn putting people, property, data and entire enterprises at potential risk while leaving operators in breach of the Data Protection regulations.

During the research five routers, DVRs and IP cameras running the latest software were placed on the open Internet. One device was breached within minutes. In less than 24 hours, two were under the control of an unknown attacker, while a third was left in an unstable state and completely inoperable.

Vulnerabilities in traditional DVR-based systems ranged from their use of port forwarding and Dynamic DNS to a lack of firmware updates and the existence of manufacturer ‘back doors’ which are often revealed on the Internet.

Due to the fact that DVRs have similar capability to a small web server, they can easily be used to launch an attack against the rest of the network or extract large quantities of data once an attacker has gained access.

Many cloud video solutions also use port forwarding to allow access to RTSP video streams, making them as vulnerable as DVR-based systems.

Other issues include failure to use secure protocols effectively, a lack of encryption, poor cookie security and insecure user and credential management.

“Any insecure embedded device connected to the Internet is a potential target for attacks, but organisations don’t seem to realise that this includes their CCTV system,” said Andrew Tierney. “It can easily provide a gateway to their entire network, enabling anyone with malicious intent to corrupt all their systems or extract huge amounts of data.”

James Wickes, co-founder and CEO of Cloudview, explained: “DDoS attacks are now being triggered through CCTV cameras, showing that cyber criminals have identified them as being vulnerable. Organisations can increase their security immediately by changing user names and passwords from the default to something secure. They should also follow the Information Commissioner’s Office and Surveillance Camera Commissioner’s guidelines by encrypting all of their CCTV data both in transit and when it’s being stored. I’d also like to see the development of a ‘KiteMark’ to give users the assurances that their CCTV supplier has thought about security.”

*The full White Paper can be downloaded here: http://bit.ly/1YrKhXu

The research was conducted last December. Many tests were performed, including (but not limited to):

*Passive monitoring of all traffic in and out of each device, with the aim of both working out how the device communicates and uncovering any hidden or undesired functionality

*Decompilation of Android and iOS applications available to understand operation

*Obtaining firmware via downloading, intercepting firmware updates or recovery from a given device