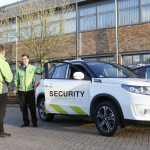 Ward Security has been appointed by Liberty Property Trust as the main security provider for the latter’s prestigious Kings Hill development near Maidstone in Kent, while facilities management specialist Mitie has been awarded a new security contract covering London’s prestigious Chelsea Harbour development.

The multifaceted Liberty Property Trust contract, which began on Tuesday 1 December, sees Ward Security manage part of the 800-acre former RAF site. Kings Hill is a mixed-use development which includes offices, homes, restaurants, sports and leisure facilities as well as parks and open spaces. Ward Security’s remit is to look after the business and retail areas of the development.

Kevin Ward, recently appointed as managing director at Ward Security, told Risk UK: “We’re delighted to have been appointed to manage the commercial areas of the Kings Hill development. It’s a large scale and complex project which we’re well placed to deliver on, given our many years of experience when it comes to providing security for prestigious and often unusual sites.”

Ward continued: “We pride ourselves on integrating seamlessly into communities that require a high level of visible, yet sensitive security, and in particular working with local authorities on parks and open space security, which is a key part of this new contract. Our remit will include working with the tenants and ensuring that our presence helps maintain a safe environment for all at Kings Hill.”

Ward Security has previously supplied security services to the development.

Andrew Blevins, managing director of Kings Hill developer Liberty Property Trust, said: “As part of good estate management, we periodically review our various contractors to ensure best value for our business and retail tenants. We’re delighted that Ward Security is returning to look after them.”

Blevins concluded: “We’re confident that, as a national but local security provider, Ward Security offers the right approach and balance in its security provision which will be welcomed by all at Kings Hill.”

The contracts, worth more than £7.5 million over five years, involve Mitie’s security and cleaning teams working across the large estate to provide security guarding and cleaning solutions. The site, based in the south west of London near the River Thames, includes a marina, commercial offices and a residential estate. 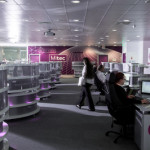 Mitie was awarded the contract due to its tailored approach to the bidding process and “considerable investment” in cutting-edge technology. Innovations were introduced by Mitie that enhanced its bids. These included data-based solutions from the security team within the Total Security Management division, specifically driven by Mitie’s security, technology and innovation hub designated Mitec.

Bob Forsyth, managing director of Mitie’s security and cleaning businesses, said: “We believe that investing in new technology is central to our service. It plays a key role in driving our business forward, so it’s great to see that customers have the same approach. By combining lean processes with new technology in security and cleaning, this demonstrates the confidence Chelsea Harbour Limited has in us as a solutions provider.”

Sailesh Siyani, head of estate operations at Chelsea Harbour Limited, added: “Mitie succeeded in securing its respective security and cleaning contract wins by dint of the importance the business so obviously places on people, technology and accountability. Mitie represents a ‘best fit’ in terms of supporting Chelsea Harbour’s strategic direction over the next five years, affording the flexibility needed for service provision at a mixed use site. We look forward to developing the improvement culture that has been brought into focus with this new contract.”