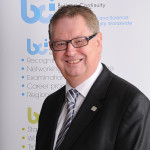 It’s the end of an era for the Business Continuity Institute (BCI) as Lyndon Bird FBCI has announced he’s to stand down from his role. Across the last 21 years, Bird has become an integral part of the Institute. He was one of the founding members, served as chairman and then moved into the technical director’s role which he has held for nearly a decade.

During the last nine years, Bird has ensured that the BCI continues to have an effective and consistent voice on all matters involving business continuity management within the business, Government, regulatory and academic communities.

During Bird’s time at the organisation, the Good Practice Guidelines have become a well-respected source of global Best Practice while the BCI has contributed significantly to the development of both national and international standards.

On announcing his decision, Bird reflected: “Although the BCI’s work in all of these fields is ongoing, I feel my role as the main catalyst for this has changed. The organisation has grown to the point where it’s now staffed by a wide range of very competent people who are more than capable of dealing with the future challenges both the Institute and the discipline of business continuity management might face. On that basis, it’s an ideal time for me to move on and seek other interesting and challenging projects.”

On what might be the next venture for him, Bird explained: “The opportunities created by the emergence of a wide-scale global resilience movement are very exciting. I’m looking forward to continuing with my diverse writing, editing, teaching, commentating and consulting activities wherever in the world such opportunities may emerge. I will no doubt be working with many BCI members in the future, albeit in a different capacity but still with the same shared enthusiasm and passion for our subject.”

An inspiration to so many business continuity professionals

Speaking about Bird’s decision to step down, David James-Brown FBCI (chairman of the BCI) described him as being “intimately involved with the establishment and growth” of the Institute.

“Lyndon has dedicated an enormous amount of time and energy to making the BCI what it is today. He’s truly one of the fathers of the industry and has been an inspiration to so many. On behalf of the BCI’s Board and the membership I would like to express our heartfelt thanks and appreciation for the exceptional contribution he has made, not just in terms of work but the personal attributes that Lyndon has brought to the fore. Lyndon will be sorely missed around the office for his wisdom, humour and humility, for his mentoring, his support and his encouragement. He will also be missed by the Board for his dependability, insightfulness and clear thinking.”

Steve Mellish FBCI, former chairman of the BCI and a close friend of Bird’s, commented: “Lyndon has always been reliably consistent in his passion for the subject and has such an astute capability to analyse situations and information to see connections or trends that many just don’t contemplate.”

Mellish added: “His devotion to the BCI has been there from Day One as one of the organisation’s founding members. He has probably spent more time on the Board than anyone else I know, including two terms as chairman. To this day, Lyndon still talks enthusiastically about the future and how business continuity and the BCI has and will continue to drive the whole resilience agenda going forward.”

In conclusion, Mellish said: “If it wasn’t for Lyndon I know that I wouldn’t have achieved half of what I have done as a business continuity professional and, without doubt, would never have been so involved with the BCI. Lyndon’s wise counsel and support enabled me to deal with many challenging situations during my 12 years on the Board.”