Looking Ahead: The Security Challenges of the 2020s 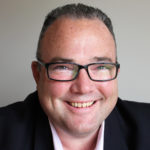 As we enter a new decade, the security landscape never ceases to change and evolve, both on a macro and micro level. This is compounded by the fact that the remit of the security professional not only continues to expand to meet new threats, but also requires the exploitation of new opportunities and technologies to ensure the continuing safety of people and other assets. Undoubtedly, there will be many new challenges to face in the decade ahead. Angus Darroch-Warren outlines some key matters to consider that will be critical in the near future and moving forward.

Instability in the Gulf region and the Middle East must be on the agenda. The region has long been a challenging one from a security perspective, both in terms of national and domestic security. There are complex geopolitical reasons behind the current instability – including Russian influence in Syria, Iranian support of Hezbollah and Houthi rebels and the significant potential for Saudi Arabia, the USA and the UAE to become fully embroiled in a regional conflict with Iran given the recent assassination of General Qasem Soleimani by the US, which will likely lead to retaliatory actions across the region.

These influences all have a bearing on commercial security as well, including potential disruptions to oil and gas movements through the Strait of Hormuz as well as the vulnerability of extraction infrastructure across the region. Attacks in Saudi Arabia show how threat vectors have changed, but effective security programmes that combine intelligence gathering, security technologies, robust policies and procedures in tandem with well-trained security personnel are vital to combat instability and threats against organisations in the region.

The realities of climate change have a security dimension, as well as their wider impact on the world population and the environment. Extreme weather conditions (such as ongoing droughts in Africa) affect agricultural output and bring into sharp focus the need for potable water – one of the fundamental Human Rights. In turn, this leads to food insecurity and increased criminality (such as armed groups robbing food convoys or storage areas), in turn realising obvious concerns for security providers.

Climate change and potential food insecurity inevitably leads to an increase in migrants seeking to move to more stable areas such as Europe and North America. Mass relocation due to geopolitical tensions has already witnessed a rise in illegal immigrants and a migrant crisis which is likely to foreshadow further potential security threats unless this situation is managed effectively and sympathetically.

Extreme weather also brings direct threats to security as damage to infrastructure from floods, bush fires and storms makes protecting vital installations even more of a challenge. Examples include the recent bush fires in Australia and floods in East Africa and Europe.

The last decade has seen physical security and logical security become closer allies than ever before. With the Internet of Things bringing even closer ties between the physical and online world, this will require security practitioners to continue to develop and embrace both physical and logical mitigation.

It’s highly likely that ransomware attacks will continue to increase, potentially becoming more selective and targeting sectors with a high impact (such as political elections). With a general move by society towards mobile devices, it seems very likely that attacks will specifically target portable data and associated systems (as evidenced by the recent high-profile attacks on VPNs, for example).

Fake electronic mail is another source of concern for security operators. The increasing ability of automated systems and Artificial Intelligence to create the appearance of mail as having emanated from a trusted user is a rising problem and one that could become a serious issue over the next few years unless kept in check. A significant part of mitigation measures must be the continued education of users and the development of a proactive security culture.

On the security technology side (and partially to deal with increased threats), there will be an increased use of ‘password-less’ authentication, with a continued focus on biometrics in a determined bid to make it much more difficult to hack security credentials.

The last few years have seen a big rise in populist Governments gaining power, which often includes a move towards prioritising a country’s interests and culture, with opposition to mass migration and highlighted concerns over wages and job security. This is increasingly common worldwide and is a trend that’s likely to continue shaping the security sector moving forwards.

Unfortunately, this is likely to see greater temptation for people smuggling and the movement of contraband such as firearms and drugs. Therefore, security teams will need to be increasingly vigilant and well equipped to cope, while at the same time ensuring the protection of human life.

Increased use of private security

With police and state security services finding it an increasing challenge to keep citizens and property secure, we’re likely to see an even greater reliance on private security measures in the future.

The trend is for ‘gated communities’ which can be found from Cairo to Cape Town, the Middles East, India and, increasingly, European countries, with affluent residents covering the costs of security in a specific area. Evidently this exacerbates the widening gulf between rich and poor, and potentially identifies target-rich environments for criminals. However, with policing budgets stretched and numbers cut, private security firms help to close the gap when it comes to patrols, providing a presence and deterring crime.

The question is whether there will be full and committed engagement with the private sector in supporting and augmenting public policing, or whether the sector will be kept ‘as arm’s length’ as has tended to be the case.

Surveillance systems are already taking on some of this burden with a rise in the market for private camera systems in domestic as well as business premises. Fuelled by an increasing lack of confidence in the police service to deter and prevent crime, respond to incidents and bring offenders to justice, it seems very likely that private security technology will continue to gain popularity and that this already increasingly lucrative segment of the security industry will continue to burgeon.

Security threats will always continue to evolve and change over time. That being so, it’s absolutely vital that security practitioners stay one step ahead to provide the safest environment possible.

New technologies will play a key part in this. Given all of the uncertainties involved, effective security risk management and competent, trained security personnel will remain key weapons in the security practitioner’s arsenal. All parties involved must develop to combat the evolving threats they face.

Security Convergence: Getting It Together