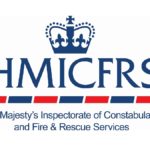 HMICFRS finds that the London Fire Brigade ‘requires improvement’ at effectively keeping people safe and secure from fire and other risks, in terms of how efficiently it manages its resources and also when it comes to looking after its people.

Matt Parr, Her Majesty’s Inspector of Fire and Rescue Services, said: “This is a disappointing report. There are too many areas where the London Fire Brigade needs to make improvements. Criticism should be balanced, however, by the things the Brigade does well. It’s good at understanding the risk of fire and other emergencies and preventing fires and other risks. It also responds well with other Emergency Services to national risks, but it should improve the way in which it protects the public both through fire regulation and how it responds to fires and other emergencies.”

Parr continued: “The London Fire Brigade is well-resourced and exceeds its own standards on response times, but its operational policies don’t reflect national operational guidance, even for risk-critical areas such as incident command. Its incident commanders and emergency drivers are not as well trained by the Brigade as they should be. This is something that needs to be urgently addressed.” 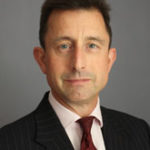 In addition, Parr stated: “We’ve concluded that there’s a long way to go before the London Fire Brigade is as efficient as it could be. We’ve criticised both the way in which it uses resources and makes its services affordable now and into the future. In some areas it’s wasteful. While the Brigade has made savings, these are not of the level achieved in other Fire and Rescue Services. Worryingly, the London Fire Brigade is inadequate at finding the right people with the right skills. It also needs to improve how it promotes the right values and culture, ensuring fairness and promoting diversity as well as managing performance and developing leaders.”

Commenting specifically on the Grenfell Tower fire and its aftermath, Parr observed: “The tragic fire at Grenfell Tower in 2017 was one of the biggest challenges the London Fire Brigade has ever had to face. The incident has had a profound effect on how the Brigade now performs. Although our findings are broadly consistent with those of the Grenfell Tower Inquiry, it must be emphasised that this was an inspection of the Brigade in 2019. We found that, while the Brigade has learned lessons from Grenfell Tower, it has been slow to implement the changes needed. This is unfortunately typical of the Brigade’s approach to organisational change. I fully expect to see improvements in the year ahead.”

Sadiq Khan, the Mayor of London, has appointed Andy Roe as London’s new Fire Commissioner. Roe will take up the post as the head of the LFB on 1 January 2020 following a comprehensive international recruitment process. He will be taking over from Dany Cotton who’s stepping down as Commissioner at the end of December. 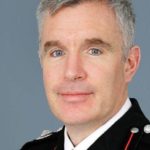 Roe will be responsible for leading the transformational change needed at LFB and will work closely with the Deputy Mayor for Fire and Resilience, Fiona Twycross, to deliver on the recommendations of the Grenfell Tower Inquiry Phase One Report. He will also ensure the Brigade contributes effectively in Phase Two of the Inquiry.

The new Fire Commissioner will also lead the production of the next London Safety Plan, which outlines everything the LFB will do to make the capital safe – from attending and tackling fires and being prepared to respond to a terrorist incident through to fitting smoke alarms and rescuing those involved in road traffic collisions.

Roe brings a wealth of experience of dealing with major incidents and having operational command of Britain’s busiest Fire and Rescue Service. A former British Army officer, he has worked at the London Fire Brigade since 2002, progressing through the ranks as a firefighter initially at Clerkenwell and West Hampstead.

Roe became Assistant Commissioner in January 2017 before stepping up as Deputy Commissioner for Operations last month. He’s responsible for the LFB’s 103 fire stations and its 5,000 firefighters and staff. Roe had operational command for the Croydon tram crash in 2016 and took the decision to revoke the ‘Stay Put’ advice minutes after becoming incident commander at the Grenfell Tower fire.

Of his new appointment, Roe, said: “It’s an enormous privilege to be offered this opportunity to lead the London Fire Brigade into a new decade. My priority is to protect and serve all Londoners and make sure the capital’s Fire and Rescue Service is the very best it can be. We have some real challenges ahead, but I’ll be working tirelessly with the Brigade, the Mayor and London’s communities to ensure we deliver on the recommendations of the Grenfell Tower Inquiry Report. I’m looking forward to leading the Brigade through a period of transformation and delivering a workforce that truly reflects the diverse city we serve.”