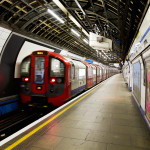 In ‘Boosting London’s Front Line Policing’, a new report produced by the Capital City Foundation (the London-focused unit at Think Tank The Policy Exchange), head of crime and justice Glyn Gaskarth recommends that some of the now vacant London Underground ticket offices be converted into ‘Underground Police Points’. This would mean that commuters on the tube should see a Metropolitan Police Service presence at least twice daily, in turn helping to boost public confidence levels in the police.

Transport for London (TfL) closed several of its ticket offices in 2015 and is now looking for partners to redevelop some of these spaces. Police staff based in the new ‘Underground Police Points’ would perform the same basic services for victims and members of the general public as they do currently at police front office counters. They would record details of crimes and vehicle accidents, deal with missing persons, store identifiable and valuable lost property, look after victims and witnesses and administer First Aid in emergencies.

The ticket offices to be turned into ‘Underground Police Points’ would be selected based on some, or all, of the four criteria set out below:

The Policy Exchange report says there would be no spatial constraints given that the average size of a London Underground ticket office is 50 square metres. Establishing new ‘Underground Police Points’ in London Underground tube stations would help the police maintain a visible presence across London following the closure of 63 police front office counters between 2013 and 2016.

This idea should be piloted at between ten and 15 different London Underground stations, urges the Policy Exchange, to establish the costs and impact of this measure. A range of different designs could be piloted to make the new ‘Underground Police Points’ more open and accessible than the old ticket offices they would replace.

The pilots would include new ‘Underground Police Points’ run on the same basis as police front office counters and some that would operate on the same basis as the new Contact Points the Metropolitan Police Service has developed. TfL staff would still operate in London Underground stations in order to respond to travel-related enquiries.

A key benefit of this Policy Exchange proposal is that it would mean separating custody suites from police front office counters. This would prevent members of the public from having to interact with criminals in the police station.

The police already deliver some of their services from shared facilities using the transport network. For example, Contact Points are in place at both Archway and Tufnell Park London Underground stations.

In conversation with Risk UK, Glyn Gaskarth explained: “Underground Police Points would dramatically increase the visibility of the police service. The tube station is a more easily identifiable landmark than the local supermarket, town hall or library. Millions of Londoners would feel reassured to see police officers at least twice a day when they’re travelling to and from work.”