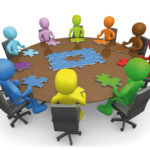 On 4 September, Chancellor Sajid Javid grandly declared the end of austerity as he announced the biggest increase in spending on public services for 15 years. While austerity may well be over, the commercialisation of local authorities as a process is undoubtedly here to stay. As Beatrice Collier duly explains, they may soon find themselves exposed to a new regulatory risk.

There’s no doubt that the decade of austerity measures introduced in the wake of the 2008 financial crash has placed a huge strain on public authorities who’ve struggled to deliver essential services with an ever-diminishing pot of funding from central Government.

Austerity has also led to innovation and a commercialisation of the public sector as local authorities and other public services innovate and find ways to generate alternative income streams to fill the gap left by year-on-year reductions in grants from central Government and to service the increasing demand from the local communities they serve.

While councils have had powers to trade for many years, currently the legal foundation for commercial activity carried out by local authorities is found in the powers enshrined in the Local Authority Act 2003, as well as the Localism Act 2011. The latter introduced the ‘general power of competence’ which relaxed long-standing restrictions on the way in which local authorities could undertake commercial ventures.

It’s a legal requirement that a local authority establish a company – a Local Authority Trading Company (LATC) – if it wishes to carry on trading activities for profit. There are a number of structures which are available to local authorities in order to conduct their commercial activities, whether those be strategic investment or the delivery of services. The most commonly established are wholly-owned companies, joint ventures and social enterprises.

Joint ventures, where the local authority combines with other public or private bodies to create a jointly-owned company, can be a particularly effective way of maximising the complementary resources of the public and private sector parties. Any profits made by a wholly- or partly-owned company can be reinvested in other council services. 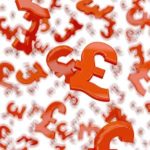 One of the most common commercial activities undertaken by local authorities is property investment. Many councils have pursued a strategy of borrowing cheaply from the Public Works Loan Board to invest in property as a source of revenue. However, while property investment is perhaps the best-known, examples of local authority commercial activities can be diverse, whether operating on a small scale – ie Starbucks in a local library – or on a much more ambitious scale (a holding company employing over 10,000 people nationwide, for example).

Manchester City Council has entered into the marketplace as a supplier for the sale and distribution of energy, which has generated revenue for the council and promoted carbon reduction initiatives. Durham City Council has established a venture capital fund that has invested £20 million in local enterprises. Rutland County Council bought HMP Ashwell from the Ministry of Justice and used it to provide affordable office, industrial and leisure premises for local businesses and generate income for the council and jobs and trading opportunities for the local community.

Commercial activities can potentially produce significant profits for the investing authority, but there are obvious risks as well. For example, when considering property investment, if retail properties remain vacant for long periods and are not generating any rental income then other sources of funds will be required to maintain loan repayments. Similarly, a downturn in the property market is likely to lead to a fall in property values and the risk of negative equity for the investor local authority.

Likewise, risks are also lurking for other non-property related commercial ventures. Bournemouth Borough Council set up a Bank of Bournemouth in 2014 with the aim of lending to local businesses. Eighteen months later it was forced to close having only acquired 22 customers in that time. In 2012, Shropshire Council established Inspiring Partnerships and Enterprises. This LATC was intended to sell the council’s services to outside bodies. The business model failed, there were few customers and, four years later, it was forced to close having made a loss.

While these risks are easy to appreciate in theory, how they’re to be judged and managed in practice is another matter entirely. One important concern is that local councils are not set up to function as investment managers. For the most part, council staff teams don’t have the skills and capacity to assess and manage the risks associated with a property portfolio or a bank or a start-up. 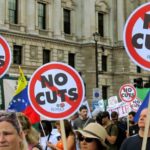 There are also other difficulties that stem from the fact that councillors are elected. While local authority officers can expand their entrepreneurial vision and capabilities free of any constraints regarding public opinion, councillors are naturally concerned with their electorate. If political considerations are brought into the Boardroom, this can influence company decisions in a way that’s not necessarily conducive to the best commercial outcome. However, the flip side of this is that councillors who run companies and understand businesses (in a way that local authority officers don’t) can bring some much-needed experience and skill to the Board.

The key is for local authorities to ensure that they’re clear about their strategic aims – which will depend to a large extent on the specific conditions, assets and requirements of the local area – and then obtain expert advice on the most effective structure to deliver this. That should be followed by a targeted recruitment strategy to ensure the quality of the front line staff for any LATC. Effective governance will result in the right balance between commercial freedoms and a willingness to challenge the local authority in its approach to risk.

Set in this context, ‘risk’ means commercial risk which is as varied as the contexts in which LATCs operate. There’s another area of risk which is looming on the horizon: the promise of increased scrutiny by central Government and by the National Audit Office (NAO) who are now looking to focus a keen eye on the commercial activities being carried out by local public bodies.

There is at present no statutory framework restricting local authorities in their use of capital funding. Instead, there are a number of important guidance documents, such as the Treasury’s management guidance which applies to the investment of local authority funds and cash holdings and the Prudential Code published by CIPFA. Notably, this has guidance on the setting of borrowing limits which was recently amended to stipulate that councils must not borrow in advance of their needs purely in order to profit from the investment of extra sums borrowed. There is, therefore, quite a large measure of freedom afforded to LATCs in terms of the activities with which they engage and how they go about this process. This was, after all, partly the point of the aforementioned Localism Act 2011.

In December last year, James Brokenshire (at that time the Secretary of State for Housing, Communities and Local Government) identified the issue of councils’ commercial activities, and the associated risks, as a matter of concern to him. Brokenshire lost his portfolio at the end of July this year when Boris Johnson entered Number 10, but the question of whether the risks associated with local Government entrepreneurialism are sufficiently regulated is not going to go away any time soon.

Last month, the NAO stated that it would be seeking meetings with relevant Government departments and with the Chartered Institute of Public Finance and the Financial Reporting Council specifically to discuss the rise of commercialism in local Government. Of particular concern to the NAO is the requirement that the public sector provides timely, accurate and transparent accounting for assets and liabilities – something that the spending watchdog feels is not happening at present.

The Chancellor plainly hopes to convince us all that austerity is over. Even if that is the case, and a key catalyst for the commercialisation of the public sector fades away, it’s highly likely that local authorities’ commercial activities will continue to expand.

On that basis, local authorities will need to be aware that, despite the distractions of Brexit, central Government and other regulatory and quasi-Governmental organisations will be looking to increase oversight and accountability.