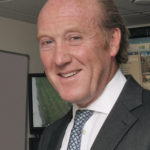 The law of unintended consequences inevitably comes into play when new Government legislation impacts on market mechanisms. This is certainly the case with the introduction of the Living Wage on 1 April 2016 for the security industry. As Stuart Lodge observes, there have been some immediate and quite damaging effects – certainly in the short term – for the quality of guarding services.

Most responsible employers in the industry welcomed the prospect of the Living Wage for the guarding sector. When its introduction was first announced in 2015, many of us anticipated a positive impact in improving wages, service quality and chargeable rates. Sadly, all it has done is impact on the first issue, but even this might be at the cost of the loss of jobs in the industry.

The increase in wages for officers was over and above the rate of inflation, which suppliers of guarding services have had to pass on to clients given the wafer thin margins of service providers.

In their turn, with the impact of the Living Wage legislation on their own staffing costs, and driven by their Procurement Departments, customers have often pushed back on any increase in rates. In some cases, they have put contracts out to tender in a bid to force rate reductions.

The inevitable effect is starting to be seen, with cuts in staffing levels and investment in training and other areas, all of which will damage overall standards of quality and performance.

Until recently, security guarding companies like Lodge Service would employ officers on an average of around £7 per hour, depending on locality, and supervisors on £7.25 to £7.50.

Now, we’re currently faced with a situation where the lowest rate has been raised to £7.20, irrespective of a given officer’s experience, command of the English language or any other factor affecting competency. Inevitably, the increase will have an impact throughout the grading structure, too, and for more senior staff.

There is worse to come, as the Government has created further uncertainty for the future.

There’s a stated policy target of a rate of £9 per hour by 2020, but no-one can say whether this will be achieved by 45 pence increments every April or some other escalator. With inflation currently running at around 0.5%, security customers – squeezed by their own wage cost inflation – will not accept a rate increase at the levels that will be required to meet the Government’s targets.

On that basis, the suppliers of guarding services face the possibility of a rolling 6% annual increase in labour rates, compounded by the additional percentage points on employers’ contributions resulting from auto-enrolment pension schemes. Together with the removal of revenue allowance schemes for travel and subsistence, the industry will need to increase chargeable rates proportionately or otherwise face the total erosion of any margin.

Impact on loss prevention and security

There must be a serious concern that the rate increases required will not be accepted by end users. Budgets will remain inflexible and hours will be cut. This may push buyers into investing more in security technology so as to reduce the reliance on traditional guarding as we know it.

Already at Lodge Service, we’re seeing a growing demand for a blended security solution, with a combination of monitored detection devices and response teams. This includes guarding patrol teams making use of smart phone applications for communication with a central monitoring and intelligence station.

However, this in turn requires that security officers receive some measure of technical training and also have competency in communication skills. What we are witnessing, then, is the evolution of a new type of officer, at least for some security environments.

This requires a structured approach to the grading and provision of security guarding, recognising the value of training and experience as well as the cost implications for service suppliers.

Looking to the future

Looking to the future, there’s a good example for the industry to follow in the case of South Africa, where Lodge Security and other private security sector suppliers are governed by the Private Security Regulation Act.

Security officers are graded according to their qualifications, experience and training. With a published structure, security end users are able to see what service they can expect, and have a much better basis for comparing competitive guarding services and supplier provision.

An example of how grading can work, following the South African model, is as follows:

*Grade B – High risk areas, able to interact with a client users or members of the public, basic IT and training skills, shift management, visiting a number of sites

In conclusion, with the increased level and sophistication of the threat from both thieves and terrorism in the UK, it’s overdue for us to end the race to the bottom in guarding rates and quality standards.

As a country and an industry, we need the assurance that officers meet minimum standards of competency in the role in which they’re deployed, taking account in particular of the new opportunities from technology and the corresponding demands on workers’ skills. Put simply, anything less will not do.