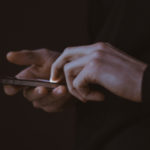 Human rights organisations Liberty and Privacy International have been in court fighting to force the police service to reveal whether or not it’s using IMSI catchers. IMSI catchers are surveillance tools which mimic mobile phone towers, tricking phones into connecting with them and revealing personal information.

IMSI catchers can intercept our communications and data, including calls, texts and Internet use, and can even change the content of communications or stop them from being sent.

Police services refuse to say whether they’ve purchased or use IMSI catchers, or to disclose any information they hold on the tools, despite press reports and other public documents confirming that they’ve bought them. Information Commissioner Elizabeth Denham has ruled that the police service is allowed to “neither confirm nor deny” (NCND) whether it holds any information on the technology.

Represented by Liberty, Privacy International is challenging the Commissioner’s decision to permit NCND responses at the first-tier tribunal.

Ailidh Callander, legal officer at Privacy International, stated: “Privacy International has spent years pushing for transparency and accountability of the use of IMSI catchers by the police service. IMSI catchers are highly intrusive and indiscriminate and impact on our rights. We’re especially concerned about the potential for abuse if used at protests. Despite widescale reporting on the purchase and use of IMSI catchers by the police service, forces persist with their NCND stance with the support of the Information Commissioner’s Office. We hope that the Tribunal will finally permit us to shed much-needed light on police use of this mobile phone surveillance technology and uphold the purpose of the Freedom of Information Act.”

Megan Goulding, lawyer at Liberty, added: “The fact that forces can use IMSI catchers against people with complete secrecy defies the most basic principles of policing in this country. It’s vital that we’re able properly debate, scrutinise and hold the police accountable for their actions. These tools can be used to attack the most fundamental elements of privacy and freedom of expression, but without the information we’re fighting for, the public will remain in the dark about if and how the police service is taking away their rights.”

In 2016, Privacy International submitted Freedom of Information requests to eight police forces identified by media collective ‘The Bristol Cable’ as having purchased IMSI catchers. Privacy International requested information held by the police concerning legislation, Codes of Practice and policies on the use of IMSI catchers, as well as promotional material the forces had received and contracts related to their purchase and use.

The police forces refused the requests on the grounds that they could NCND whether they held the information for national security and operational policing reasons. Privacy International appealed this position to the Information Commissioner, who decided that the forces were entitled to provide NCND responses.

Represented by Liberty, Privacy International is challenging the police forces’ NCND position and arguing that the public has a right to know if such intrusive surveillance technology is being used by police forces.