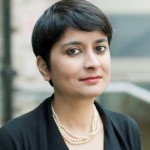 In his major 300-page report, David Anderson QC “condemns” – in the words of Liberty – the status quo presently in place under the Regulation of Investigatory Powers Act 2000 (RIPA) as “undemocratic, unnecessary and – in the long run – intolerable”. Further, Anderson advises that RIPA be replaced with a comprehensive new law that can be properly understood by citizens and Parliamentarians alike.

According to Liberty, this recommendation is “in glaring contrast” to the Government’s repeated claims since 2013 that the current legislative framework provides effective safeguards to properly protect British people’s privacy.

Liberty has long called for the reform of RIPA to ensure that intrusions into personal privacy are “properly authorised” and “comply with the core Human Rights principles” of necessity and proportionality.

David Anderson QC states that the new law must:

*Comply with international Human Rights standards and be subject to visible and demanding safeguards, reflecting the central importance of the European Convention on Human Rights and the Human Rights Act

*Require prior judicial authorisation for all interception warrants and some communications data requests (an area that Liberty has campaigned on for more than a decade). Authorisation will be given by Judicial Commissioners serving in a new Independent Surveillance and Intelligence Commission. Anderson recommends that the Commission be afforded additional powers to notify those subject to surveillance of their right to lodge an application at the Investigatory Powers Tribunal (which oversees the operations of MI5, MI6 and GCHQ) 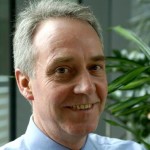 In all, the new report contains 124 separate recommendations, many of which are in line with Liberty’s own written submissions to Anderson and the organisation’s long-term calls for change. It recommends that:

*the Investigatory Powers Tribunal should be able to make declarations of incompatibility under the Human Rights Act, and that its rulings ought to be subject to appeal on points of law

*while the operation of covert powers must remain secret, intrusive spying capabilities should be made public

No operational case for the ‘Snoopers’ Charter’

The Independent Reviewer of Terrorism Legislation also states that no operational case has yet been made for the ‘Snoopers’ Charter’ and questions the lawfulness, intrusiveness and cost of the proposals. Liberty suggests that this is “a blow to the Home Secretary’s forthcoming plans for a turbo-charged Investigatory Powers Bill”.

Anderson points out that no other EU or Commonwealth country requires the blanket retention of weblogs and that Australia recently prohibited this in law.

The report confirms that the agencies are not seeking a permanent trump card placing encryption under the control of the State, which is seemingly in direct contradiction to comments made by the Prime Minister in January.

More disappointingly, comments Liberty, David Anderson suggests that the “bulk collection” of external communications – those sent from and into the UK – should continue subject to “additional safeguards”, and recommends maintaining existing compulsory communications data retention capabilities under the Data Retention and Investigatory Powers Act 2014 (DRIPA).

The report offers six agency Case Studies “in an attempt at justifying mass interception”. Liberty states: “However, with the vague and limited information provided, it’s impossible to assess whether the security outcomes could have been achieved by using the wealth of targeted and operations-led intrusive surveillance powers at the agencies’ disposal. While Liberty does not dispute the use and value of intrusive surveillance powers per se, we believe that the mass speculative interception of communications and data retention are unlawful, unnecessary and disproportionate. Liberty is currently challenging the lawfulness of mass interception in the European Court of Human Rights, and is representing MPs Tom Watson and David Davis in their legal challenge to DRIPA.” 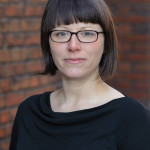 Shami Chakrabarti, director of Liberty, explained: “This thoughtful report is in sharp contrast with the defensive whitewash from the discredited Intelligence and Security Committee of the last Parliament. Liberty has been campaigning for judicial warrants and against the Snoopers’ Charter for many years. While we don’t agree with all of his conclusions, David Anderson’s intervention could be the beginning of a process of re-building public trust in surveillance conducted with respect for privacy, democracy and the law. It’s further vindication of Edward Snowden’s courage.”

“David Anderson has produced a well researched and balanced report,” asserted Renate Samson, CEO at Big Brother Watch. “He has provided the country with a clear analysis of the delicate balance between surveillance and privacy in the UK today. He has listened at length to all of the key players in this debate, and we welcome his acknowledgement of the many areas we’ve repeatedly noted as being of concern.”

Samson added that the Investigatory Powers Review features a number of “excellent” recommendations, notably the introduction of the judicial authorisation of warrants (including those currently signed off by a Secretary of State), the creation of a new Commissioner system and a complete rewrite of RIPA. A compelling case for the intrusive powers called for in the ‘Snoopers’ Charter’ “has failed to be made”.

Big Brother Watch’s CEO continued: “On the issue of bulk data collection, further discussion about safeguards based on necessity and proportionality is critical. While useful, bulk data collection has the power, as David Anderson has noted, to be ‘revealing of personal habits and characteristics’. Further discussion and debate is therefore essential.”

In conclusion, Samson commented: “We hope today’s report will be the start of a long overdue and much needed Parliamentary and public debate. The creation of a joint committee should now be convened to begin analysis on both existing legislation and Anderson’s full report.”

Debate in the House of Commons

This morning, the findings of the Investigatory Powers Review were laid before Parliament and debated at length in the House of Commons. 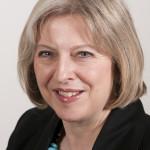 The Conservative Government is intent on bringing forward legislation relating to the Security, Intelligence and Law Enforcement Agencies’ use of investigatory powers and to have that legislation enacted before the sunset provision in the Data Retention and Investigatory Powers Act 2014 takes effect on 31 December 2016.

“As the report highlights,” explained Home Secretary Theresa May, “there are a range of threats against the UK and its interests, from terrorism both at home and overseas through to cyber attacks perpetrated by criminals. Many groups, not just the Government, have a role to play in ensuring the right capabilities are in place to tackle those threats. We will continue to work closely with all partners, including the intelligence agencies, law enforcement and industry in taking all of these issues forward and continue to keep us all safe from those that would seek to do us harm.”

Speaking in the House, May continued: “The operation and regulation of the investigatory powers used by the police and the intelligence and security agencies is a matter of great importance to the security of this country, and I know this is an issue of significant interest to many Members of this House. As David Anderson makes clear, it’s imperative that the use of sensitive powers is overseen and fully declared under arrangements set by Parliament. It’s therefore entirely right that Parliament should have the opportunity to debate those arrangements in full.”

May added that the Government will publish a draft Bill in the Autumn for pre-legislative scrutiny by a Joint Committee of Parliament, with the intention of introducing a Bill early in the New Year.

Given the aforementioned sunset clause in the Data Retention and Investigatory Powers Act 2014, the new legislation will need to be in place by the end of December next year.

“I’ve said many times before that it’s not possible to debate the balance between privacy and security – including the rights and wrongs of intrusive powers and the oversight arrangements that govern them – without also considering the threats that we face as a country,” opined the Home Secretary. “Those threats remain considerable and they’re evolving. They include not just terrorism – from overseas and also home-grown in the UK – but also industrial, military and state espionage. They include not just organised criminality, but also the proliferation of once-physical crimes online and the technological challenges that brings. In the face of such threats, we have a duty to ensure that the agencies whose job it is to keep us safe have the powers they need in order to do their job both effectively and efficiently on a continual basis.”

Shadow Home Secretary Yvette Cooper responded by stating that the Labour Party had backed the Anderson review because it had already concluded current laws were no longer fit for purpose.

“Technology has moved on,” suggested Cooper, “but neither the law nor the oversight have done so. Reforms are needed and we must absolutely get them right. In a democracy, we need to protect both our liberty and our security.”

National Police Chiefs’ Council chairman Sara Thornton has also made comment on the Investigatory Powers Review. “Crime is increasingly being committed online or arranged through digital communications, whether by fraudsters, rapists, child abusers or terrorists,” asserted Thornton. “At the same time, our access to communications data is rapidly degrading and it’s important that the public are aware of the impact that this is having.” 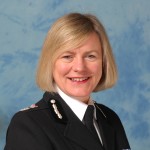 Communications data is the ‘Who’, ‘When’ and ‘Where’ of a communication, not what is written or said. The police service uses it to tackle not only terrorism but the broadest range of crimes including the tracking down and capture of dangerous cyber fraudsters who empty peoples’ bank accounts.

“In recent years,” continued Thornton, “more blind spots have developed where the police service cannot effectively trace criminal activity. We support David Anderson’s finding that there should be “no no-go areas” for those charged with law enforcement because without access to communications data we are less able to keep people safe.”

The NPCC’s leader went on to state: “Proposed legislative changes designed to strengthen our access to communications data will help us to keep up with rapid changes in technology and emerging threats. We simply do not have the coverage which we had five years ago.”

In conclusion, Thornton said: “Our ability to intercept or acquire communications data is governed by law and strict Codes of Practice with built-in safeguards which take full account of the important principles of necessity, proportionality and collateral intrusion. Additionally, we’ve developed a new Digital Ethics Panel that will ensure we’re meeting the highest ethical standards in this area of policing.”