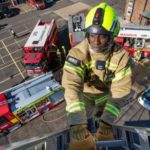 The London Fire Brigade (LFB) has called on the Government to undertake urgent research and take stronger action on “buildings that fail”. Buildings that were designed to have a ‘stay put’ policy have been closely looked at by the Brigade, which is now encouraging the Government to undertake new research into what members of the public and firefighters should do when a building fails.

London Fire Commissioner Dany Cotton said: “I want the public and especially the Grenfell Tower community to know everything we’re doing to learn from that night and to prevent a tragedy like that from ever happening again. Fire spread through the entire height of Grenfell Tower in less than 30 minutes. Residents and firefighters were placed in impossible conditions we had never before experienced.”

Coton continued: “That’s why I’m calling for the Government to reverse more than 20 years of neglect in relation to fire safety and to undertake urgent research on ‘buildings that fail’, which means ‘stay put’ advice is no longer viable in those buildings.”

The LFB has been working tirelessly since the Grenfell Tower fire took place in 2017 to urge ministers to implement key changes to building regulations to prevent future disasters.

“It’s completely understandable that ‘stay put’ advice has been questioned, but we’re talking about buildings that fail rather than advice that fails and there’s no clear alternative, which is why this research is needed,” concluded Coton.

Details of how lessons are being learned and all the actions that were taken by the Brigade are contained in a progress report published by the London Assembly’s Fire, Resilience and Emergency Planning Committee.