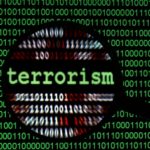 Aon Risk Solutions, the global risk management business of Aon plc, has just launched its annual Terrorism and Political Violence Map, duly highlighting 2015 as “the most lethal year for terrorist violence in Europe in nearly a decade” as terrorists increasingly target private citizens and public gatherings.

Indeed, this marks the first net increase in global terrorism risk ratings since 2013, with the ratings of 18 countries experiencing an increase and 13 witnessing a decrease.

For the first time since Aon and The Risk Advisory Group plc jointly began collecting empirical data to create the Terrorism and Political Violence Map back in 2007, shootings have overtaken bombings in the western world, while the targeting of civilians in public spaces has seemingly become more commonplace.

On that note, since January last year, nearly one-third (31%) of all terrorist attacks perpetrated in the western world have targeted private citizens and public gatherings.

The global threat posed by Islamic State dominates many of the Terrorism and Political Violence Map’s findings this year, as the group entered a more aggressive phase of mounting mass casualty attacks in 2015 and also during early 2016, with the United States, France, Turkey and Belgium all affected.

The terrorist organisation’s activities have contributed towards sustaining or increasing risk levels in more than a dozen countries worldwide. Far right activism as well as civil unrest risks stemming from the European migrant crisis and the increasing influence of extremist parties have also driven rating increases.

“Our Terrorism and Political Violence Map for 2016 demonstrates increasing regional instability and a growing spectrum of potential risks,” explained Scott Bolton, director in crisis management at Aon Risk Solutions. “The threats highlighted in the map should encourage business leaders with global footprints to adopt a more strategic risk management approach in order to limit the impact of attacks on their people, operations and assets. Understanding how they’re exposed to the peril is key to achieving successful outcomes.”

Henry Wilkinson, head of intelligence and analysis at The Risk Advisory Group plc, added: “The most business-threatening political violence risks continue to emerge from war and sudden changes in Government control, such as those which occur through coups d’état. These are less manageable risks, and our findings flag several countries where there’s a heightened probability of both occurring at some point.”

Wilkinson concluded: “Businesses need to be flexible and robust in terms of how they anticipate and manage risks in the fluid world the Terrorism and Political Violence Map depicts. This requires actionable assessments that adopt both a strategic and a more detailed operational view of the markets in which they seek to thrive.”

Business interruption due to a breach is top cyber risk concern

Aon Global Risk Consulting has released its 2016 Captive Cyber Survey report, which finds that the costs of business interruption due to a breach is the top cyber risk concern for businesses across all industries.

“Our findings also indicate that there’s a disparity between companies recognising that cyber is one of the fastest growing and permeating risks, and actually understanding what their individual exposures and coverage needs are,” said Peter Mullen, CEO of Aon Risk Solutions’ Aon Captive and Insurance Management practice who spearheaded the report. “Captives are a great alternative risk transfer solution for bridging this gap while the industry’s approach towards cyber risk management catches up with the evolving pace of technology.”

The survey findings indicate that 94% of companies would share risk with others in their industry as part of a captive facility writing cyber. What’s more, Aon experts anticipate alternative risk transfer options to become increasingly sought after as these solutions afford companies some control over underwriting, coverage scope and claims adjustment, while also providing an opportunity to share Best Practice, experience and data in a private setting.

Key highlights of the report

Additional key highlights of the report include:

*61% of survey respondents buy cyber limits in the $10-$25 million range, but overall 60% of large companies don’t buy cyber insurance at all

*Of those that do, 68% of companies surveyed purchase cyber insurance for balance sheet protection, closely followed by the desire for ensuring due diligence comfort among members of the Board

*95% of companies surveyed state that clear policy wording is the most important issue in the cyber risk market, while 75% of large companies express concerns about the loss adjustment process

“Given the evolving nature and complexity of cyber exposures, we’ve found that the use of cyber risk assessments is surprisingly low,” said Kevin Kalinich, global practice leader for cyber and network risk at Aon Risk Solutions. “Conducting such an assessment is a useful tool for improving risk understanding and maturity, as well as helping organisations better prepare for potential business interruption during or after a cyber breach.”

*Insurability Risk Review: Test the adequacy of limits against the assessed cyber risk and review the optimisation of the proposed insurance programme